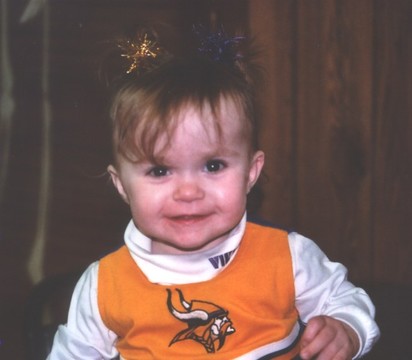 She was born July 25, 2006, in Keokuk, IA, the precious daughter of Tim and Virginia “Jenny” Oilar Hardy.

Charlyann was the baby to four older siblings. Her main job was charmer and entertainer. Her favorite characters were Scooby Doo, the Chipmunks and Sponge Bob. She also couldn’t get enough of Dolly Parton’s “Smoky Mountain Christmas”, Nanny McPhee and the George Lopez show, particularly his theme song. Another one of her favorites was the family dog and she loved to give him “Scooby Doo” treats and then would have to eat her own Scooby treat (gummies and graham crackers shaped like the Scooby Doo characters). She also loved to sing “ABC’s”, ” Happy Birthday”,”Twinkle, Twinkle Little Star”, “Itsy Bitsy Spider”, and “Rock-A-Bye Baby” to name a few. Also, “Rockstar” by Nickelback. She was especially close to her sisters and brothers who pretty well let her get away with anything. She wouldn’t leave her sister’s purses alone and carried around her carmex, cell phone, fake tattoos, and pennies, most of which were “borrowed” from one of them. She loved being with her “Codio”, dropping things down the air vent, and jumping on the trampoline.

In her short life she brought more joy and happiness to her family than one could ever imagine. Her chunky cheeks and big smile will be forever in our hearts.

Visitation was held at Wilson Funeral Home after 9 a.m. on Thursday with family receiving friends from 6-8 p.m.
Memorials in lieu of flowers were suggested to the family.