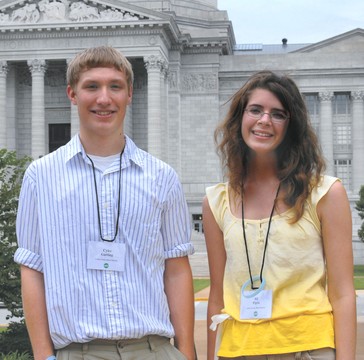 Each year in July, an action-filled three days provides high school students opportunities to learn first-hand what it is like to be involved in politics, the cooperative form of business and being a leader. The program included a day at the Missouri State Capitol, a session with Missouri Supreme Court Judge Mary Russell, one of Missouri’s Supreme Court judges, a fun Missouri history “Jeopardy” game session, as well as education about Missouri’s electric cooperatives. The group also divided up into small teams that competed in various events such as the “Build a Cooperative” game. One highlight of the conference was hearing from Craig Scott, the brother of Rachael Scott, the student who died standing up for her beliefs during the Columbine High School massacre on April 20, 1999.

The CYCLE program is in its fifth year and recently received the National Community Youth Service award from the National Rural Electric Cooperative Association as the top youth program among all electric cooperatives in the country. For more information about this program, go to www.amec.org/youth.html#cycle.