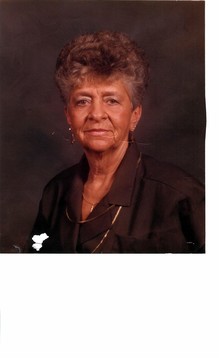 Geraldine Morgan, age 74, of Edina, Missouri, died Tuesday, August 5, 2008, at Altoona, Iowa.
She was born January 18, 1934, at Peoria, Illinois, the daughter of Eugene and Laura Fulton Beaumont.
She was united in marriage to Gill Morgan and to this union two daughters were born. Surviving are her two daughters, Betty Jo Bauer and husband Clay of Altoona, Iowa, Connie Pantoja of Louisville, Kentucky, one brother Chuck Johnson and wife Deborah of Kirksville, Missouri, one sister Margie Pinkston and husband Chuck of Princeville, Illinois, six grandchildren, Jessica and Michael Schnerre, Corey Washburn, Blake, Landon and Marissa Pantoja, one great grandson Nicholas Schnerre and several nieces and nephews.
Geraldine was preceded in death by her parents, and two sisters, Bernadine Freshle and Maxine Allison.
Geraldine was raised at Chillicothe, Illinois where she received her education. She lived in Coal Valley, Illinois for several years and in 1983 moved to Edina where she has since resided. Geraldine was employed for twenty-two years as a CNA at the Knox County Nursing Home at Edina, Missouri, retiring in 2007.
Geraldine enjoyed bowling, crocheting and spending time with her family and friends.
Funeral services will be held 10 a.m., Saturday, August 9, 2008, in the Hudson-Rimer Funeral Home in Edina, Missouri. Officiating the services will be the Reverend Father Michael Penn. Music will be provided by Nicholas Schnerre.
Entombment will be in the Garden of Prayer Mausoleum at Park View Memorial Gardens in Kirksville, Missouri.
Visitation will be after 4 p.m. on Friday, August 8, 2008, with the family receiving friends from 6 p.m. to 8 p.m. in the Hudson-Rimer Funeral Chapel in Edina, Missouri.
Expressions of sympathy in memory of Geraldine Morgan may be made to the American Heart Association or the Knox County Nursing Home. Memorials may be left at or mailed to Hudson-Rimer Funeral Home, P.O. Box 1, Edina, Missouri, 63537.
HUDSON-RIMER
FUNERAL HOME