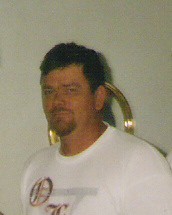 He was preceded in death by one brother Frank A. Warner, and his maternal & paternal grandparents.

Fred was a 1981 graduate of Harmony High School, and served in the United States Army for 6 years. He was the superintendent at Green Acres Golf Course in Donnellson. He enjoyed spending time with his family, fishing, NASCAR races, and sports.

A memorial has been established in his memory.