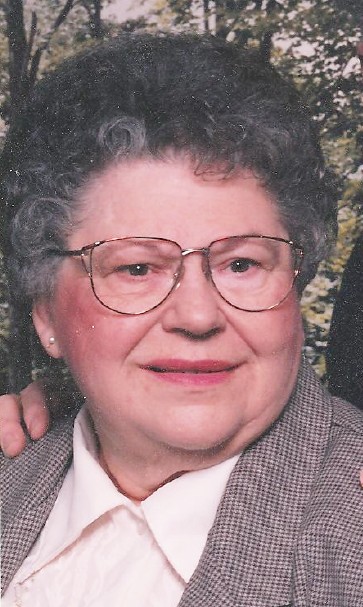 Barbara Ann Turner, 82 of Kirksville, Missouri died Sunday (September 1, 2008) at the Knox County Nursing Home.
The daughter of John M. and Margaret (Jacobs) Conner, she was born May 26, 1926 in the East Elm Grove Community, near Kirksville, Missouri. She attended the Elm Grove rural school and graduated from the Kirksville High School. After graduation she worked for the International Shoe Factory for two years. On July 17, 1946 in Kirksville she married James U. Turner. She worked a variety of part time jobs, plus she was a homemaker and cared for her two children. She enjoyed visiting with her friends with coffee and daily telephone conversations. After Jim’s retirement she enjoyed traveling, visiting grandchildren, and taken many bus tours thru the states.
She was a member of the First United Methodist Church and was active in teaching Sunday school in the early years of her children.
Barbara is survived by her children, Sandra Sue Davis and husband Roy A. Davis D.M.V. of Edina, MO and James Allen Turner of St. Louis, MO; four grandchildren, Susan E. (Davis) Cardwell and husband Tony of New Bloomfield, MO, Sara R. Davis and friend Ronnie Rouse of Kirksville, Angela M. (Turner) Williams and husband Josh of St. Clair, MO and Audrey A. Turner and fiancé Chris Rappani of Washington, MO; and three great grandchildren, Danielle L. and Dillon M. Cardwell of New Bloomfield, MO and Dominic M. Williams of St. Clair, MO.
She was preceded in death by her parents, her husband, James, and one sister, Carol Lee Conner.
Funeral services were held at 1:00 p.m. Wednesday (September 3, 2008) at the First United Methodist Church with Reverend Richard Northcutt officiating. Burial was in Maple Hills Cemetery in Kirksville.
Visitation with the family was from 6:00 to 8:00 p.m. Tuesday (September 2, 2008) at the Davis-Playle-Hudson-Rimer Funeral Home, 2100 E. Shepherd Ave., Kirksville, MO 63501 660-665-2233
Memorials can be made to the Alzheimer’s Association or the Knox County Nursing Home. Memorials can be left at or sent to the funeral home.