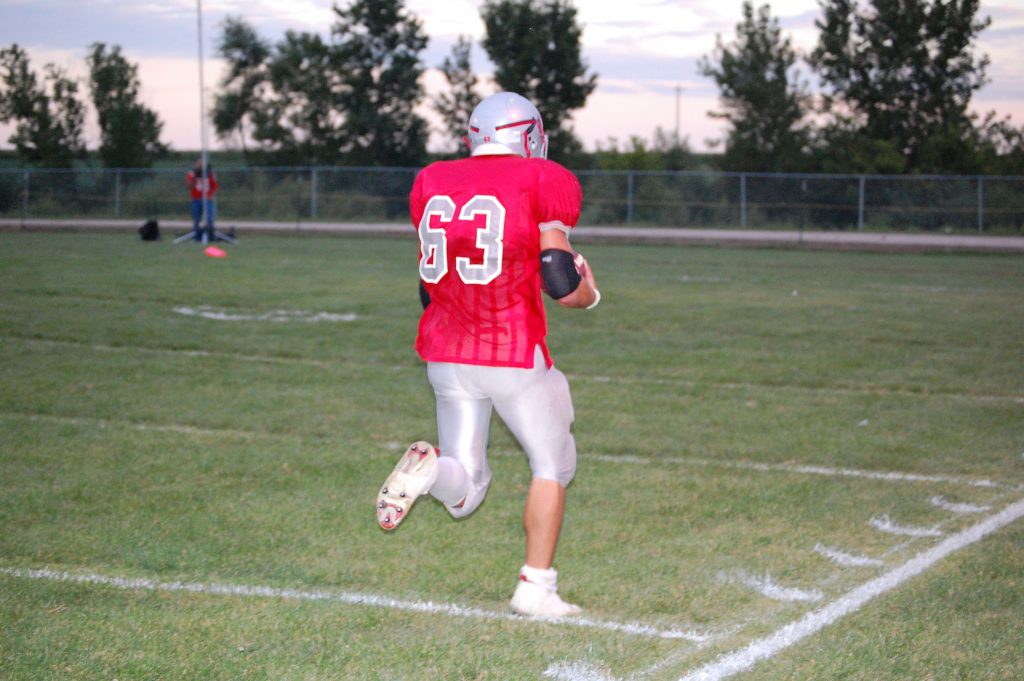 Clark County’s big play offense and powerful defense were too much for the visiting Scotland County Tigers Friday night. Clark County opened a 32-0 first quarter lead, and led 51-0 at the half.

A 45-yard touchdown pass from Ethan Allen to Bryan Plenge on the third play of the game set the tone for the night. It didn’t get much better for the Tigers from there.
Scotland’s first possession ended with a punt being blocked by Justin Alderton and returned for for a touchdown by Lynn Williams with 8:59 left in the first.
“I’ve never run so fast in all my life,” Williams said.

Clark County spread to scoring around throughout the first half, before putting the breaks on it’s offense.

Matt Morrow got on the scoreboard with a 13 yard TD reception at the 6:23 mark, followed by a Mason Owen TD catch with 5:21 left in the first.

Javis Vineyard scored on an eight yard run late in the first quarter, and Vineyard opened the second quarter with a 49 yard TD punt return.

Vineyard would add another TD with 7:01 left in the half to give the Indians a 45-0 lead.
Justin Alderton scored on a nine-yard run with 5:37 left in the half for the 51-0 lead.
The second half of the game saw Scotland County continue to struggle against the Indian’s backup players.

The Indian defense held Scotland County to only 31 total yards of offense, giving up only one first down.