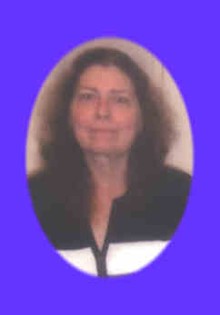 She was born August 23, 1949 at Eldora, IA, the daughter of George “Stephen” and Alice Mary Chance Young.

She and John A. Malone were married on December 23, 1974, at the First Baptist Church in Wayland by Rev. Eugene Spurgeon.
Survivors include her husband, John, of Kahoka; one son, Stephen Malone of Kahoka; two daughters, Michelle Campbell and her husband, Kyle, of Coatsburg, IL and Amy Malone of Kahoka; a foster child, Sherry Pickett of Fulton, MO; one brother, Keith Young of Union, IA; brothers and sisters-in-law: Randy Malone, Jerry and Joan Malone, Linda Edmondson, and Billie Hatfield, all of Kahoka; her cat, “Seth” who was also her baby; as well as several nieces and nephews and close friends.

She was preceded in death by her parents and a son, Charles Allen Malone on January 3, 1982.

Karen graduated from New Providence High School in 1967. She completed her bachelor’s requirements from Northeast Missouri State Teacher’s College in Kirksville in December of 1971 and taught the next semester at Bloomfield Elementary. She received her degree in May of 1972 and taught the next year in Davenport, IA, before spending the next 28 years teaching special education in the Clark Co. R-1 School District at Blackhawk Elementary. She retired in 2001. She was a member of the Missouri Retired Teachers and for many years was a member of MSTA. She was a member of New Providence Friends Church and recently attended Kahoka Bible Baptist.

Karen had endured severe rheumatoid arthritis for over 50 years and in the past three years fought a valiant fight with breast cancer. Despite her pain, she continued working as long as she could, supported her children in their activities, and crocheted blankets to give away to others. She enjoyed going to yard sales and spending time with family and friends. She loved her children unconditionally and her passing leaves a void that can never be filled.

Funeral services were held Saturday, September 13, 2008, at 2 p.m. at Wilson Funeral Home in Kahoka with Pastor Richard Burrell and Rev. Dan Deatrick officiating. Special music was recordings “Remember When”, “In the Arms of an Angel”, “One More Day”, and “Bye Bye”.

Burial was in the Kahoka Cemetery.
Visitation was held at Wilson Funeral Home in Kahoka after 1 p.m. on Friday with family receiving friends from 6-8 p.m.
Memorials in lieu of flowers were suggested to the family.