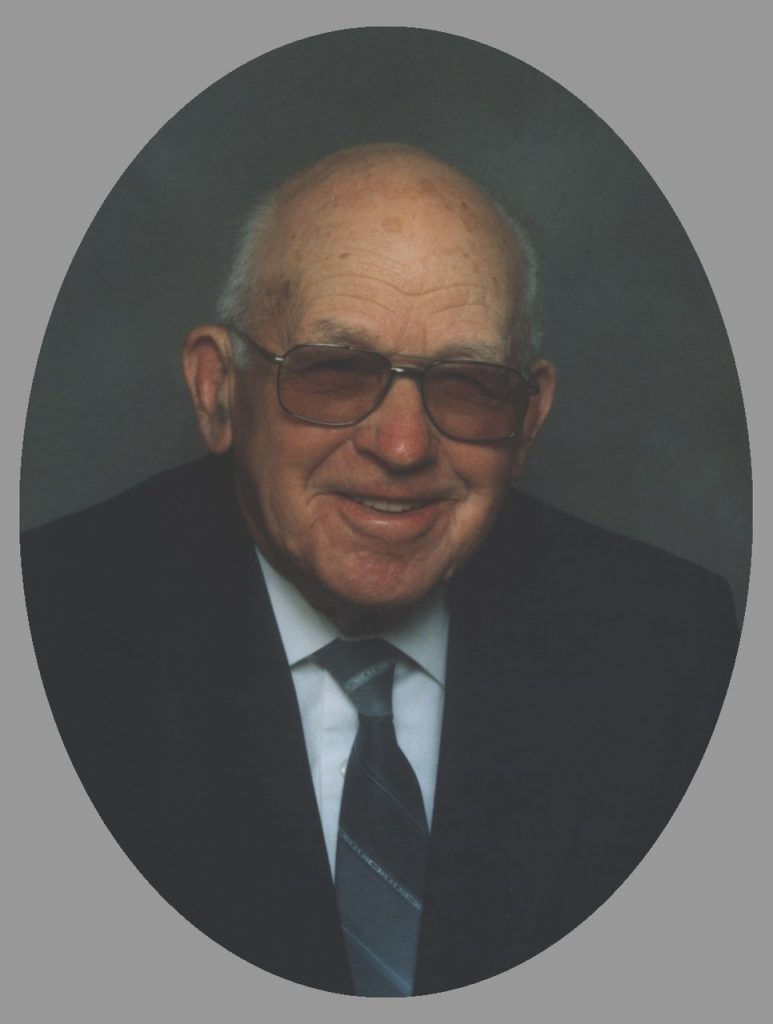 Aubrey E. Suter, age 92, of Wyaconda, MO, died Monday, September 29, 2008, at the Clark Co. Nursing Home in Kahoka where he had been a resident the past month.

He was born September 4, 1916, the only child of Elmer E. and Bessie McReynolds Suter.

On February 28, 1942, he was united in marriage to Etheleen D. Hustead in Luray.

They were blessed to spend sixty years together until her death on July 10, 2002.

He was preceded in death by his parents; his wife; and a son at birth, Elmer Franklin Suter.

Aubrey was a graduate of Kahoka High School. He lived his entire life in the home where he was born near Fairmont. He loved farming and raising and caring for livestock. He was involved in numerous boards, including the Consolidated P.W.S.D.# 1, Clark Co., Clark Co. Soil and Water District and Clark Mutual Insurance Co. for many years. He was a member of St. Francisville Lodge # 588, A.F. and A.M. at Wayland.

Aubrey was a lifelong member of Liberty Baptist Church and deacon. His life revolved around church, family and his farm, all which were very important parts of his life. In later years, he and Etheleen were fortunate to travel together to most of the continental United States and thoroughly enjoyed being with others on bus tours. He dearly loved his children, grandchildren and great granddaughters.
Funeral services were held Thursday, October 2, 2008, at 10:30 a.m. at the Liberty Baptist Church, rural Williamstown, MO, with Rev. Ernest Deatrick and Pastor Dwight Snead officiating. Mrs. Dora Mae Deatrick was pianist with special music congregational hymns “Amazing Grace” and “In the Garden”.

Burial was in the Liberty Cemetery.

Visitation was held at Wilson Funeral Home in Kahoka after 9 a.m. Wednesday. A public Masonic service was held at 6 p.m. with family receiving friends following until 8 p.m.