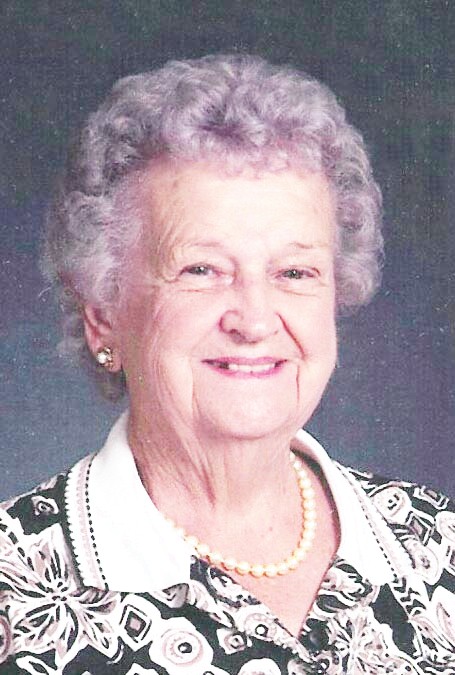 Margaret Cecilia (Babe) Kilbride, 85, of Baring, Missouri died on Sunday, September 28, 2008, at the Knox County Nursing Home, Edina, Missouri.
The daughter of John Joseph and Margaret Bashabe Gibbons Quigley, she was born February 4, 1923 on the family farm west of Baring, Missouri. She was a 1941 graduate of the Baring High School, Baring, Missouri and a 1943 graduate of Gem City Business College, Quincy, Illinois.
She married John P. Kilbride on August 17, 1946 in St. Aloysius Catholic Church in Baring, Missouri. Mr. Kibride is a resident of the Knox County Nursing Home.
Babe was a secretary for Ford Motor Company in Kansas City, Missouri during the World War II era and she and Jack owned a restaurant in Baring, Missouri from 1948 to 1951 and then she was a homemaker in Baring until she moved to the Knox County Nursing Home in October of 2007.
She was a member of the St. Aloysius Catholic Church in Baring. Babe was very proud of her two daughters and her three grandchildren. Babe enjoyed sewing, gardening and visiting with friends and relatives. One of her fondest memories was being crowned Queen of the Corn Fest. She also enjoyed daily trips to the “the Kilbride 80” and “the Blue Room” on Saturday night.
Babe is survived by her daughters, Diane Coates and husband, Willard, of Lafayette, Indiana and Carol Ewalt and husband, Fred, of Jefferson City, Missouri; three grandchildren, Eric Coates and wife, Krystal, of Carmel, Indiana, Erin Cote and husband, Tim, of Ozone Park, New York and Ellen Coates of Lafayette, Indiana. Also surviving are two sisters-in-law; Ethel Quigley and Louise Phemister and one brother-in-law, Tim Kilbride and several nieces and nephews. Her parents, three brothers; Leo Quigley, Robert Quigley and John Quigley and two sisters, Martha Ashworth and Helen Farley preceded her in death.
A funeral mass was held Saturday, October 4, 2008 at 1:00 p.m. at the St. Aloysius Catholic Church in Baring, Missouri. Visitation was held from 11:00 a.m. until the time of service at 1:00 p.m. on Saturday, October 4, 2008 at the St. Aloysius Catholic Church. Services were officiated by Father Joseph Hoi and assisted by Father Bill Kottenstette. Burial was in the St. Aloysius Catholic Cemetery.
Casket bearers were Kevin Moore, Joe Delaney, Bob Killday, Craig Bowen, Mike O’Donnell and Joe Holdren.
In lieu of flowers, memorials may be made to the Hospice of Northeast Missouri, Knox County Relay for Life or the donor’s choice. Memorials may be left at or mailed to Hudson Rimer Funeral Home, P.O. Box 1, Edina, Missouri 63537.