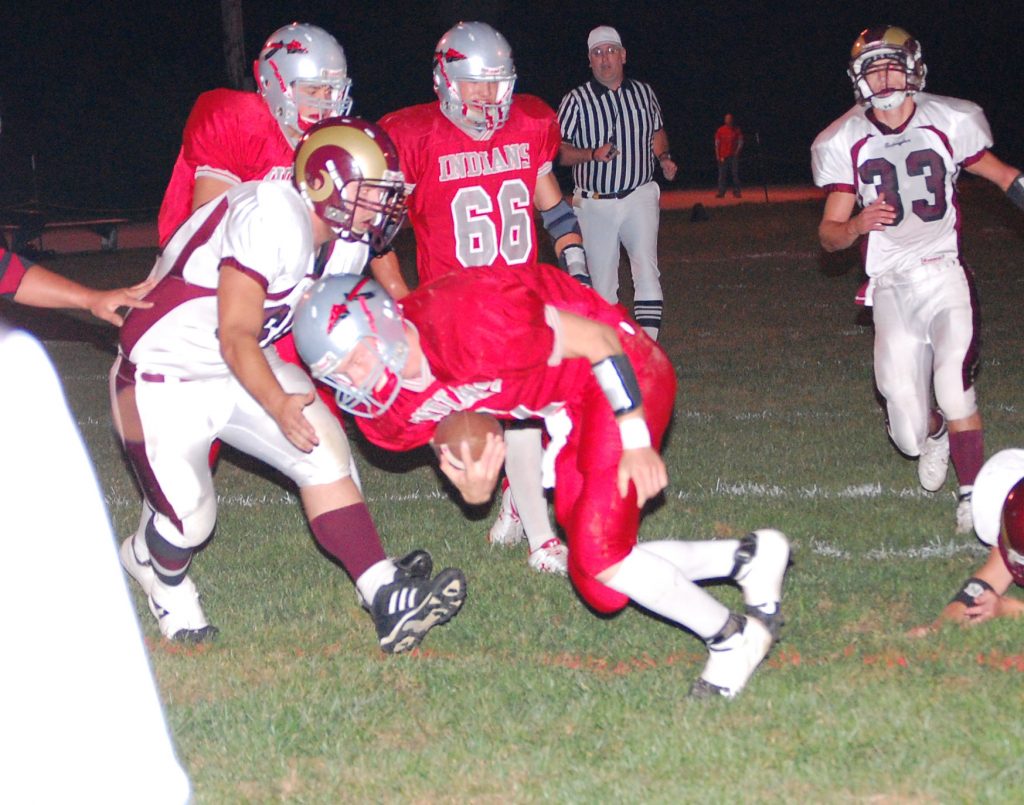 There wasn’t much suspense in Friday’s Clark County Homecoming game against the visiting Schuyler County Rams, except guessing which Indian would score next, and how soon.

Schulyer County won the opening toss, but after a quick first down and then another from an Indian penalty, their drive fell apart. The Rams attempted a fake punt, but that went no where, and Clark County got their hands on the ball on their own 43 yard lone.

Ethan Allen ran 8 yards across midfield, then on the next play Javis Vineyard scored on a 49 yard run to give the Indians a 6-0 lead with 8:02 on the clock.

The Indians scored again after Ethan Horton picked off a Schulyer pass and returned it to the 6 yard line. Allen scored on the quarterback keeper with 6:24 left, for a 12-0 Indian lead.

Allen scored again late in the quarter after picking off a Schuyler pass and running it back 67 yards for another TD, and the quarter ended with a Clark County leading 28-0.

The Indians would keep up the scoring in the second quarter. Javis Vineyard scored on a 79 yard punt return with 10:19 on the clock. After the PAT, the Indians led 35-0.

The Indians would recover a Ram fumble and turn that into another TD to take a 42-0 lead with 9:13 left in the half.

Owen scored again at the 6:08 mark, this time on a 11 yard touchdown pass.

The Indians scored again late to take a 61-0 lead into halftime.