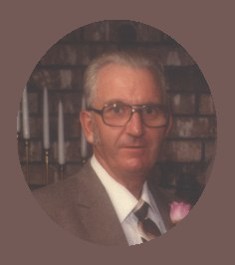 On September 28, 1941, he was united in marriage to Lois Denham at the St. Paul Church parsonage by Rev. Martensen. She preceded him in death on December 14, 2005.

He was preceded in death by his parents; his wife; and a sister, Leona Brotherton.

Henry attended Union school as a youth and graduated from Kahoka High School in 1940. He was a member of St. Paul United Church of Christ and former member of the consistory.

Henry was a talented mechanic, welder and machinist. He farmed for several years before becoming a John Deere mechanic. Together with Richard Mohr, he formed the partnership of Mohr and Wendling which they operated until he established Wendling Machine Shop west of Kahoka. He worked there as long as his health permitted. He and Lois also raised and sold dogs for many years.

Henry served on the Kahoka Fire Department for many years and as fire chief from 1963 until 1970. He helped form the Clark County Fire Corporation and built the original tanker.

He liked to hunt and fish and he and Lois loved to play cards with friends and family. His family was the greatest joy in his life.
Funeral services were held Monday, October 6, 2008, at 10 a.m. at the St. Paul United Church of Christ in Kahoka with Rev. Kenneth Beckmann officiating. Mrs. Ida Ross was organist and Mrs. Carol Trump, vocalist. Selections were “Amazing Grace” and “The Old Rugged Cross.”

Burial was in the Kahoka Cemetery.
Visitation was held at Wilson Funeral Home in Kahoka after 9 a.m. Sunday with family receiving friends from 6-8 p.m.

Memorials were suggested to the St. Paul United Church of Christ or the Clark Co. Fire Corporation.