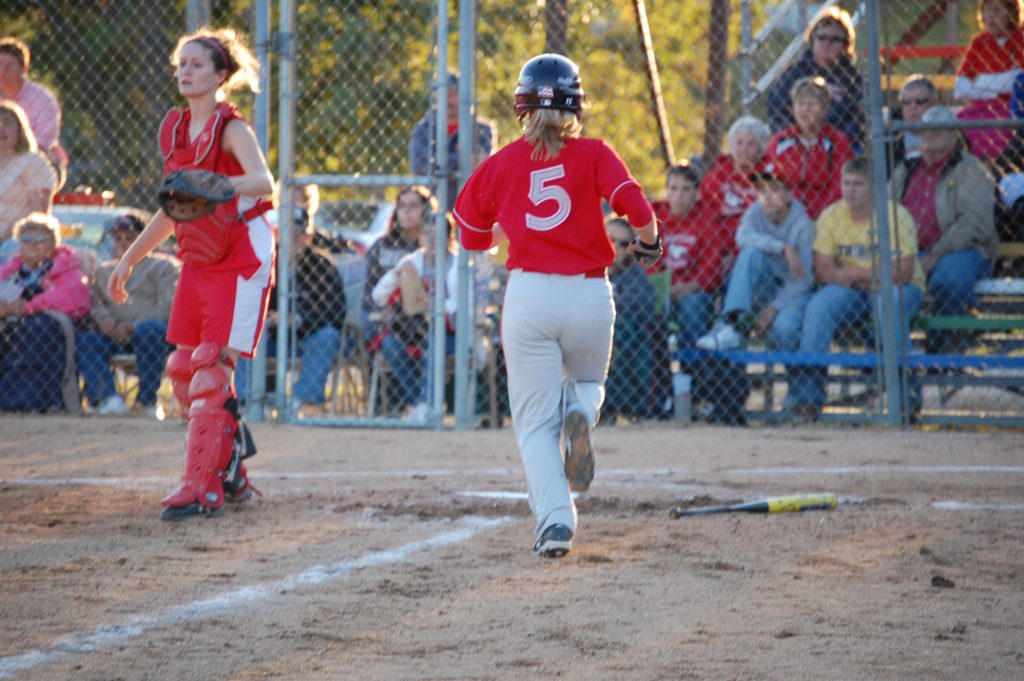 Clark County’s Brooke Wheeler drove in two runs in the top of the first inning, and the Lady Indians never looked back in their Wednesday evening district opener against the Lady Eagles of Knox County.  Wheeler drove home Britni and Morgan Bertelli.

Knox got on the board in the second inning as Amanda Woods hit a double, and then came around to score.

The third inning started with Britni Bertelli popping a bunt attemp to the the catcher, followed by a Morgan Bertelli strikeout.  Cady Flood was walked, and Brooke Wheeler hit a double to deep left field to drive in her thir RBI of the night.

The Lady Indians were retired in order in the fourth and fifth innings.  Assistant Coach Jon Kirchner cheered the girls to “shut the door” on the Eagles after Myra Parrish and Brittney Miller led off the fifth inning with hits.  Stacy Leckbee popped up to Wheeler on the mound, and Parrish was tagged out for a nice double play. Amanda Woods hit a deep shot to right field, but it was hauled in by Megan Brennan.

The Indians added an insurance run in the sixth after Cady Flood was walked.  She scored when Deanna Shoup reached first on an Eagle error, to give Clark County a 4-1 lead.

Knox had one more opportunity on the bottom of the seventh, as Hannah Dale fouled off several pitches before being walked, the Parrish’s bat hit catcher Morgan Bertelli’s glove, and Parrish was award the base on the interference call.

Brittney Miller hit a long shot to left field, but Rachel Daw made a good running catch, and Stacey Leckbee and Amanda Woods were both thrown out on infield hits to close out the game.