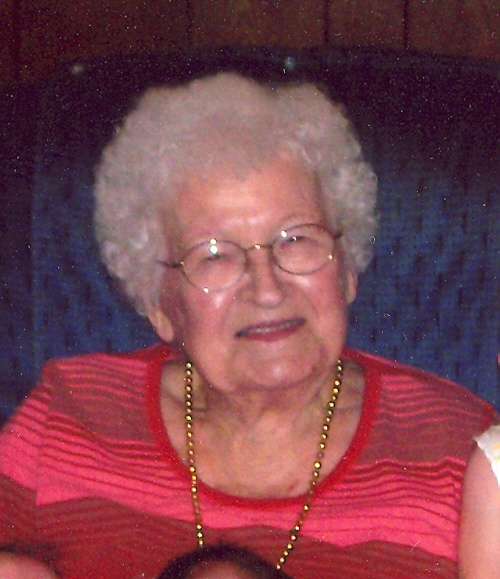 Stella was a homemaker, a great seamstress, a wonderful cook, immaculate homemaker, and in her younger days was a nurse’s aide. She was a member of St. Joseph Catholic Church in Canton, Mo.

She was preceded in death by her parents, husband, one son James Schorr in 1956, and two grandsons Adam Martin and Victor Schorr and one granddaughter Jessica Carlin.

Funeral services will be held Saturday, October 11, 2008 at 2:00 p.m. at the St. Joseph Catholic Church with Reverend Richard Frank officiating. Interment will be in Bluff Springs Cemetery near Canton, Mo. Visitation will be Friday October 10, 2008 from 4:00 until 8:00 p.m. at the Davis Funeral Home in Canton, Mo. with family greeting friends after 6:00 p.m. Rosary service will be 7:30 p.m. at Davis Funeral Home in Canton.

The family suggests memorials be made to the Stella Schorr Memorial Fund.