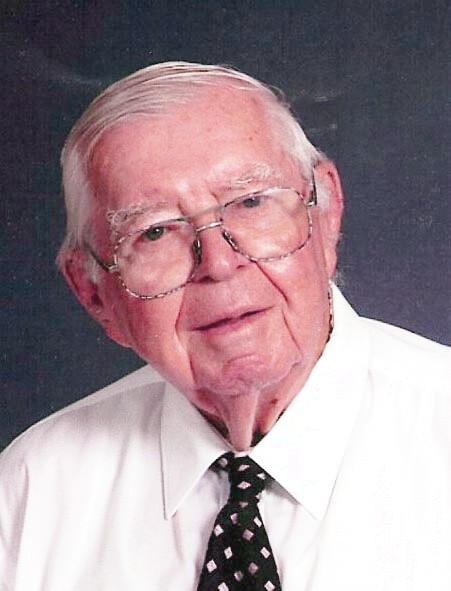 John Patrick “Jack” Kilbride, 82, of Baring, Missouri, died Friday, October 31, 2008, at the Knox County Nursing Home, Edina, Missouri surrounded by his loving family and friends.
Jack was the son of John and Mary Ellen “Nellie” Killday Kilbride. Jack Kilbride was born on March 1, 1926, with his twin sister, Katherine Jean. Jack was born in Townsend, Montana, on the Ringling Brothers (Circus) Ranch, which his parents managed. When Jack was nine years old, his family moved to Adair, Missouri, and later to Baring. In 1943, Jack enlisted in the U.S. Navy and proudly served his county during WWII. After two and half years of service, he was honorably discharged.
Jack moved to Kansas City, Missouri, and worked at Bellington Machine Shop from 1945 to 1948.
Jack married Margaret “Babe” Quigley at St. Aloysius Catholic Church in Baring on August 17, 1946. Jack and Babe recently celebrated their 62nd Wedding Anniversary. Jack and Babe ran the Baring Café from 1948 to 1951. After selling the Café, Jack worked for the Baring School system for several years. Jack was hired on March 12, 1956, by the Mark Twain Telephone Company, and was a loyal employee for 35 years. He was one of the first employees hired at Mark Twain. Jack was responsible for obtaining most of the land purchased by the company to build the first telephone lines in this area. He retired on April 30, 1991. Jack lived in Baring until he moved to the Knox County Nursing Home on October 30, 2007.
Jack is survived by his daughters, Diane Coates and husband, Willard of Lafayette, Indiana, and Carol Ewalt and husband, Fred of Jefferson City, Missouri; three grandchildren, Eric Coates and wife, Krystal of Carmel, Indiana, Erin Cote and husband, Tim of Ozone Park, New York, and Ellen Coates of Lafayette, Indiana. Also surviving are one sister, Louise Phemister, one brother, Tim Kilbride, one sister-in-law Ethel Quigley, and several nieces and nephews.
Jack was preceded in death by his wife, Babe, on September 28, 2008, his parents, one brother Earl, one twin sister Jean, five other sisters, Gladys, Lillian, Marjorie, twins Irene and Ilene, and several nieces and nephews.
Jack was a member of the Moose, American Legion Post 308, and VFW Post 4822. He served in the U.S. Navy on the USS Mountrail. Jack was very proud of his military career.
Jack enjoyed spending time at the “Kilbride 80”, dancing, playing St. Nicklaus, weekly trips to the Blue Room, and laughing and socializing with family and friends. Jack was known across Northeast Missouri for being the “Friendly Telephone Man”.
Visitation will be held Saturday, November 8, 2008, at 11:00 am at the St. Aloysius Catholic Church in Baring, Missouri, followed by a Catholic Funeral Mass at 1:00 pm. Services will be officiated by Father Joseph Hoi. Burial with full Military Rites will be in the St. Aloysius Catholic Cemetery.
Expressions of sympathy in memory of John P. (Jack) Kilbride may be made to, St. Aloysius Cemetery Fund, Knox County Relay for Life or the Donor’s Choice. Memorials may be left at or mailed to Hudson-Rimer Funeral Home, P.O. Box 1, Edina, Missouri, 63537. Condolences may be emailed to
hrimer@marktwain.net.