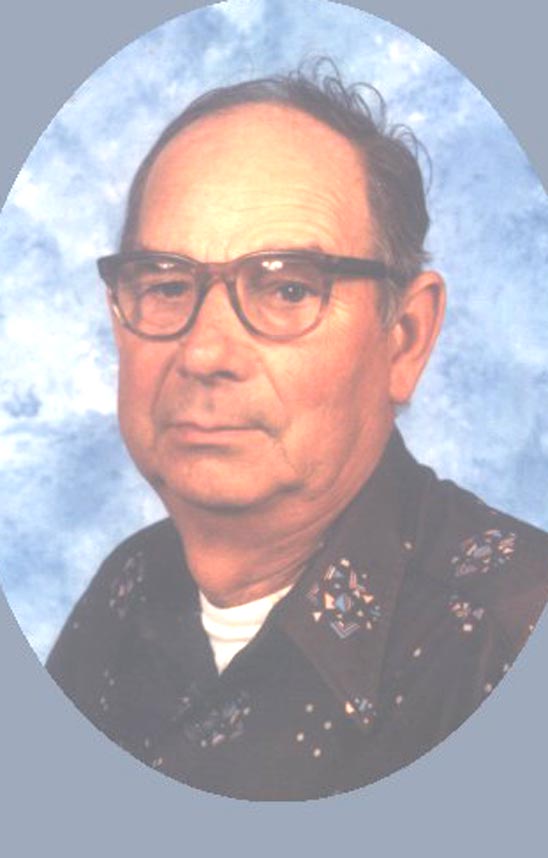 He was born August 3, 1920, in Canton, MO, the son of Hiram Lamon and Uda May Rennaker Rankin.

Survivors include his wife, Kathryn, of Kahoka; step-children, John Mayer and Harold “Butch” Mayer, both of Kahoka, Josephine Cantrell of Brentwood, CA, Robert Logsdon of Wewishelcka, FL, and Jeanne and Ron Huston of Williamstown; fourteen grandchildren; sixteen great-grandchildren; several great-great grandchildren; sisters-in-law and brother-in-law, Virginia Rankin and Charles and Gladys Moore, all of Kahoka; and eleven nieces and nephews and their families.

He was preceded in death by his parents; his brother, John Rankin; three sisters, Mary Shouse, Opal Lee, and Dorothy Wagner; and a sibling in infancy.

World War II. Following the war he worked at button factories in Canton, MO and Nauvoo, IL and later ran a car repair garage and operated the bowling alley in Wayland. He went on to manage the Kahoka Lanes before moving to California for several years. When he returned, he worked as a conservation officer for a period of time. The next eleven years he was employed at Daniel Chevrolet and the following 20 years by the City of Kahoka at various jobs.

He loved to fish, hunt and travel. His family and friends were very important to him and

as he spent less time working, he was able to sit back and enjoy watching his grandson, Jack, grow up. He looked forward each morning to spending time with his friends at the “Coffee Club”.

Visitation was held after 4 p.m. Monday at Wilson Funeral Home with family receiving friends from 6-8 p.m.