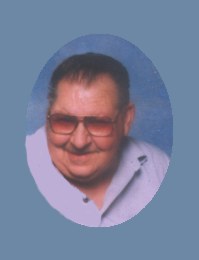 He was born November 26, 1940, a son of Harold and Flora Ann Stoneking Daniels.

He had been married to Patty Clark and they were the parents of a daughter, Wendy.

He was preceded in death by his parents; a brother, Wayne; and, twin sisters, Joyce Louise and Jerry Mae.

Larry worked at Fruehauf until health issues forced him to retire. He loved auctions, late night drives, playing cards and video games. Family was the most important thing to him. He loved his grandchildren immensely and was always there for them.

Memorial services were held Thursday, November 6, 2008 at 6 p.m. at Wilson Funeral Home in Kahoka with Pastor Ray Gilbert officiating. Special music was recordings – “Sharp Dressed Man, “I Walk the Line”, “Small Town Southern Man”, and “Prop Me Up Beside the Jukebox