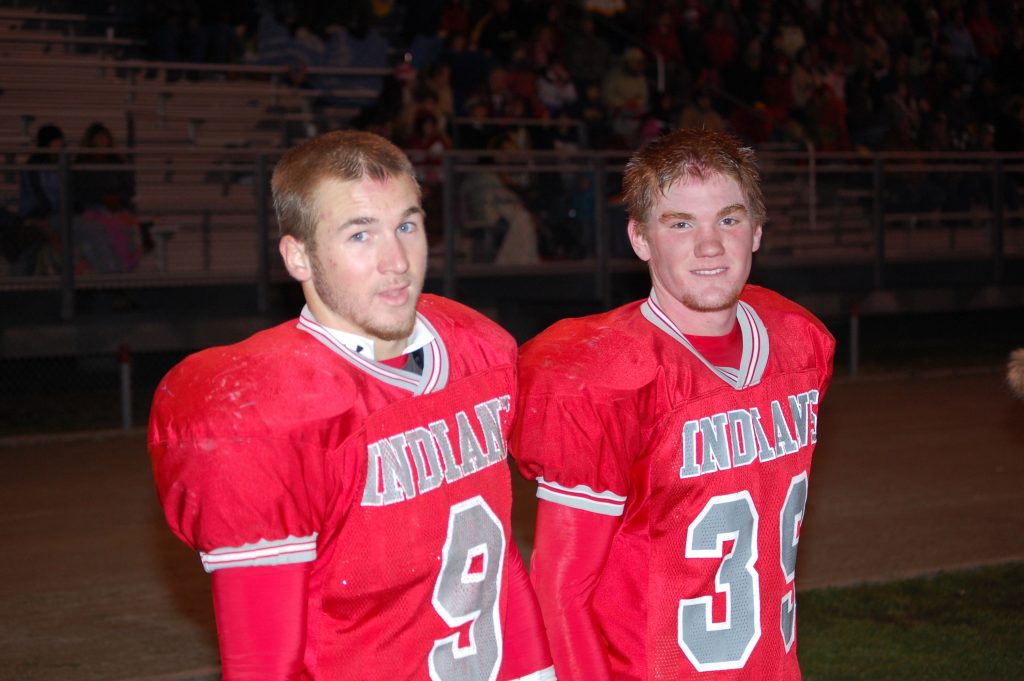 The Clark County Indians overcame early mistakes and a slow start to advance to Saturday’s quarterfinal game by downing the Brookfield Bulldogs 32-6 on Monday night, November 10.

Clark County won the opening coin toss, and drove the ball all the way to Bulldog 12-yard line before an Ethan Allen pass was picked off in the end zone.

Brookfield took over on the 20, but the Indian defense forced a punt. Brookfield came into the game determined not to give up the big plays to the Indians in this rematch, and used a quick-kick punt all night long to hamper Indian punt returns. C

lark County’s offense couldn’t get warmed up in their second series, and they were forced to punt, but Indian mental mistake allowed Brookfield to score a touchdown, as the Indians failed to down the football before Austin Lindsay picked it up and ran it for a touchdown. With 5:37 on the clock in the first quarter, Clark County trailed 6-0.

The Indians wouldn’t find the end zone until late in the second quarter, when Ethan Allen capped a 70-yard drive with a 32-yard touchdown scramble to tie the game at 6-6. The Indians had one more scoring opportunity in the half, driving to the one-yard line as time ran out.

Unofficially, the Indians had 18 first-downs, and rushed 42 times for 409 yards. In passing, Clark County was 6 of 16 for 55 yards, giving the Indians 464 yard of offense. Vineyard had 22 carries for 298 yards. The Indian defense held the Bulldogs to only 94 yards of total offense.

The Clark County Indians will take on Blair Oaks on Saturday afternoon, November 15, at the CCR-1 Activity Field. Kickoff is at 1:30.