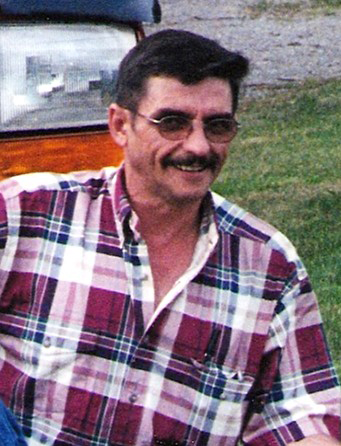 Mickey Gene Davis, age 48, of Revere, Missouri, passed away Tuesday, November 11, 2008, at his residence north of Revere after a courageous battle with cancer.

He was born September 5, 1960, at Kirksville, Missouri the son of Garland and Barbara Ann Norton Davis.

Mickey was a 1978 graduate of Highland High School at Ewing, Missouri. He was employed for one year with D&D Construction. He began his career of twenty nine years of employment with the Santa Fe Railroad in 1979 and continued through the BNSF merger until February 2008. During his career with the railroad he was employed as a brakeman, conductor and locomotive engineer. Running trains was his passion. He loved his job very much and every one he worked with.

Mickey was President of the Board and Fire Chief of Revere Volunteer Fire Department, a First Responder, Vice President of the Revere Community Center, a member of United Transportation Union and a member of the Brotherhood of Locomotive Engineers.
Mickey was devoted to his wife, children, and grandchildren. Mickey was also very dedicated to the fire department spending many hours at the firehouse. He also enjoyed spending time with his extended family and friends at home.

Funeral services will be held at 11 a.m. Saturday, November 15, 2008, at the Hudson-Rimer Funeral Home in Edina, Missouri. Reverend Shawn McAffee will officiate the services. Burial will be at Liberty Cemetery.

Musical selections will be “That’s My Job” by Conway Twitty, and “When I Get Where I’m Going” by Brad Paisley ” and “Life Is Like A Mountain Railroad”.

Visitation will be Friday, November 14, 2008, after 4 p.m. with the family receiving friends from 6 p.m. to 8 p.m. in the Hudson-Rimer Funeral Home in Edina, Missouri.

In memory of Mickey Gene Davis memorials may be made to Revere Volunteer Fire Department. Memorials may be left at or mailed to Hudson-Rimer Funeral Home, P.O. Box 1, Edina, Missouri, 63537.