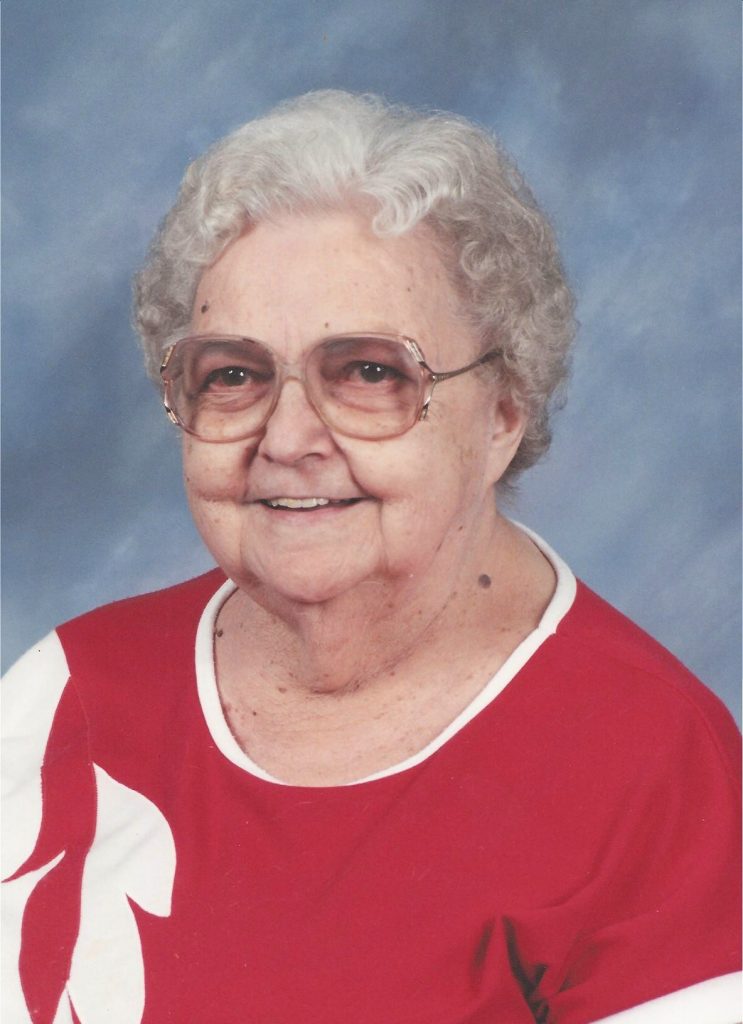 Josephine Clara Kirschner, age 90, of Sedalia, Missouri, formerly of Edina, Missouri, died November 12, 2008, in Sedalia, Missouri.
She was born in Moorcroft, Wyoming on April 25, 1918, the daughter of Otto John and Minnie Marie Duschl Kirschner.
Surviving are her sister, Lucille Frazee and husband Bill of Smithton, Missouri, two sisters-in-law, Hedy Kirschner of Ferguson, Missouri, Beverly Kirschner of Florissant, Missouri, five nephews, ten nieces, many great nieces, great nephews, great-great-nieces and great-great-nephews.
Josephine was preceded in death by one sister, Pauline Glasner, two brothers, John and Robert Kirschner and one niece Barbara Estes.
Josephine grew up in Southern Illinois and Bonne Terre, Missouri. She lived in St. Louis from 1936 to 1948 and in Chicago from 1948 to 1976. From 1976 to 2008 Josephine lived in Edina, Missouri. She recently moved to Sedalia to be near her family.
Josephine was employed in a Picture Frame Manufacturing factory. She was a member of the United Methodist church in Edina where she served as UMW President several years. Josephine enjoyed her church, reading and spending time with her family and friends.
Funeral services were held at 3 p.m. Saturday, November 15, 2008, at the Smithton United Methodist Church in Smithton.
A visitation was held from 2 – 3:00 p.m., Saturday, November 15, 2008, at the Church. Burial was in the Smithton Cemetery in Smithton, Missouri. Services will be under the direction of the Hudson-Rimer Funeral Home in Edina, Missouri. Reverend Jason Veale officiated the services.
Expressions of sympathy in memory of Josephine Clara Kirschner may be made to Edina United Methodist Church. Memorials may be left at or mailed to Hudson-Rimer Funeral Home, P.O. Box 1, Edina, Missouri, 63537.