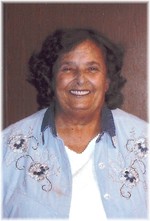 She was born February 13, 1942 in Keokuk, IA, the daughter of Albert and Margaret West Cooper. She was united in marriage to Wayne Jones on February 10, 1967 in Hamilton, IL. He survives.

She was preceded in death by her parents, a brother Albert Cooper, two sons, Victor Limkeman and Curtis Jones and a grandson Toby Limkeman.

Norma worked for Clark County Nursing Home as a CNA for twenty four years retiring in 2003. After her retirement she worked for Home Health Care.

She enjoyed crocheting, gambling at the casino and loved to sing at the Country Come Home at the CARE Building in Kahoka. Most of all she loved being with her grandchildren.

Funeral services were held 2 p.m. Thursday at the Vigen Memorial Home in Kahoka, MO with Pastor Mike Shea officiating. Burial was in the Kahoka Cemetery in Kahoka, MO.

Visitation was held at 1 p.m. Thursday until service time with the family meeting with friends at that time.
Memorials were made to the donor’s choice.