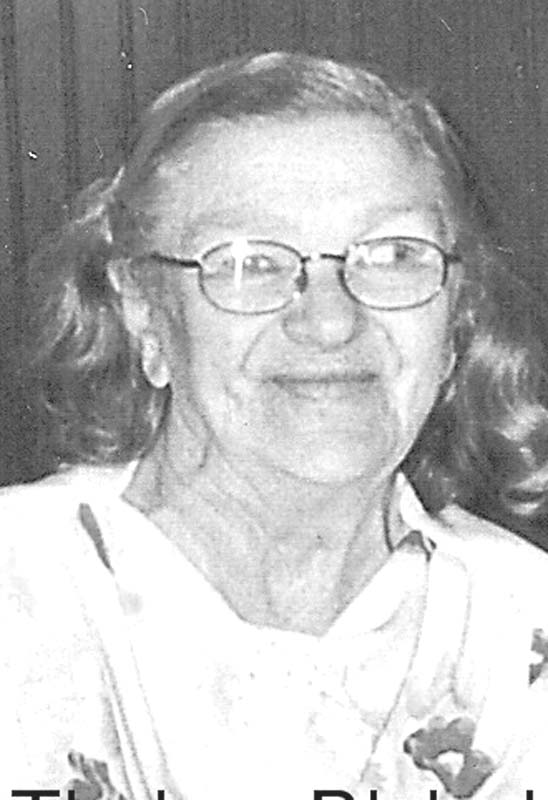 She was born on May 2, 1934 in Lewis County, MO the daughter of Homer George and Nada Fay Tompkins Lay. On May 30, 1952 she married Kenneth Albert Blakely in Hannibal, MO. He preceded her in death on February 4, 1996.
Thelma graduated from Lewistown High School with the Class of 1952. She lived in Missouri until 1970 when she moved to Arkansas. She moved to Keokuk in 2007 to be closer to some of her children.

She attended the Turrell First Baptist Church while living in Arkansas. Thelma enjoyed working on puzzle books and was an enthusiastic St. Louis Cardinal fan. She was a loving mother and had been devoted to caring for her ten children.

A memorial service will be held at a later date.
Memorials may be made to the family and sent to Vigen Memorial Home, 1328 Concert St., Keokuk, IA 52632
On-line condolences may be sent to the family at www.vigenmemorialhome.com