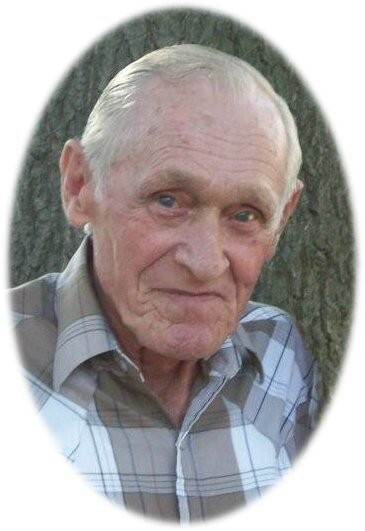 Gene Edwin Lewis, 79 of Hurdland, Missouri, died Tuesday, December 16, 2008, at his residence near Hurdland, Missouri.
Gene was born on March 8, 1929, in Green Castle, Missouri, the son of George and Freda Lewis Loe.
He attended school in the Green Castle and Novinger area before being drafted into the Army.
In September 1950, Gene married Jean Lewis, in Kirksville, Missouri and to this union five children were born.
He served his country in the United States Army during the Korean Conflict, attaining the rank of Sergeant in the Artilery. He was a life member of the Knox County Memorial VFW Post #4822.
On June 7, 1976, Gene married Sue Baker Rimer and to this union a daughter was born. Sue preceded him in death on September 7, 2001.
After he was discharged, Gene worked as a meat cutter at the IGA in LaPlata, Missouri, before he started trucking. Sue and Gene owned and operated Lewis Trucking for a number of years and hauled for several companies through the years. For the past nine years he operated his little dump truck hauling rock for many in the area. They also operated G&S Kennels and Ivy Knoll Kennels.
Gene is survived by three sons, Ricky Lewis of Santa Rosa, California, Randall and his wife Marsha Lewis of Naples, Florida, and Kevin Lewis of Bloomington, Illinois; six daughters, Kathy and her husband Dewy Rogers of LaPlata, Missouri, Julie Lewis of Hurdland, Missouri, Alicia and her husband Todd Myers of Knox City, Missouri, Melva and her husband Dennis Curtis of LaPlata, Missouri, Mary Lou and her husband Todd Cole of Ashland, Missouri, and Melanie Kincaid of Edina, Missouri; one brother, Bill and his wife Peggy Loe of LaPlata, Missouri; twenty-one grandchildren; ten great grandchildren; one great great-grandson; several nieces, nephews, cousins and a host of friends.
Gene was preceded in death by his parents; wife, Sue; and three nieces.
Funeral Services were Friday, December 19, 2008, at 11:00 a.m. at the Doss Funeral Home in Edina, Missouri.
Graveside services were at 2:00 p.m. Friday at the Mt. Tabor Cemetery Southeast of Atlanta, Missouri.
Pastor Robert Shobe officiated the services.
An expression of sympathy in memory of Gene Lewis may be left to the American Heart Association or the American Lung Association. A memorial may be left at or mailed to the Doss Funeral Home 208 N. 4th Street, Edina, Missouri 63537.