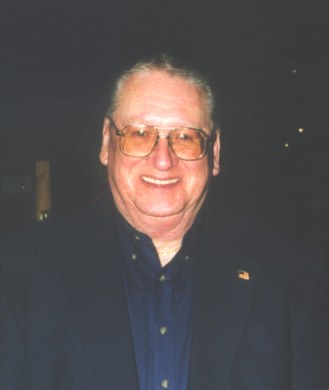 He was preceded in death by his parents; his daughter, Robin Huston Butler in March of 2005; and brother, Barton Butler, Jr.

Herb graduated from Kahoka High School. He was a member of the Kahoka United Methodist Church and former Mason and Shriner.
In earlier years he operated the Kahoka Roller Rink and Butler Super Valu. He was an area lineman for Lewis Co. R.E.C., retiring in 2001.
He had served as the Mayor of the City of Kahoka since 2003 and was also a member of the Northeast Missouri Regional Planning Commission. He enjoyed all sports and coached girls and boys softball and baseball for over 15 years. He was proud to have organized the first American Legion baseball program in Kahoka.

He officiated basketball games for over 25 years and announced all Clark Co. R-1 sports and supported the efforts in the community, church and schools.

He held the highest license you can obtain in harness racing and was a driver and trainer for 30 years. He raced in Missouri, Illinois, Iowa and Kentucky and announced harness races at Pari-Mutual in Kentucky, was a presiding judge in Chicago (Balmoral Park) and state fairs in Springfield, and Missouri and Iowa state fairs. For 8 years he was a presiding judge at Prairie Meadows Race Track in Altoona, IA and in May of 2008 was appointed to the Missouri Horse Racing Commission by Governor Blunt. He was also a member of the Iowa Harness Horse Association. He enjoyed giving back to the community through his volunteer efforts and the many people he met along the way.

Memorials in lieu of flowers were suggested to the Clark Co. R-1 Sports Boosters or the Kahoka Cemetery Trust Fund.