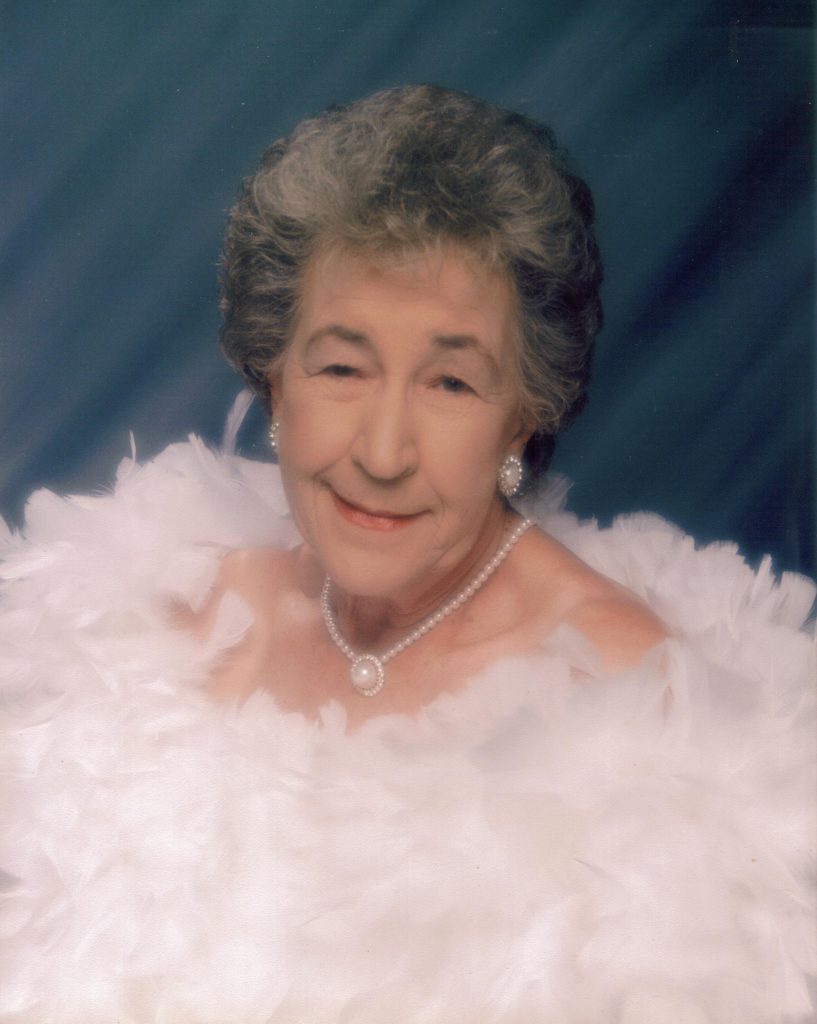 She was born on April 1, 1930 in Warsaw, IL the daughter of Lloyd and Pearl Patterson Lapsley.

Veneta weighed in at only three pounds and proved what a fighter she was and would continue to be. With a lot of love, warm bricks heated on the wood stove, fed with an eyedropper and big sisters watching over her, she grew to be a beautiful woman inside and out.

On December 7, 1950, she married Clifford Sheffler. To this union were born four children, Susan Sheffler, Cliff Sheffler, Linda Sheffler and Cindy Sheffler. On September 9, 1960, she then married Robert “Bob” W. Justice in Jerseyville, IL; to this union were born five children, Robert Justice, Robin Justice, Anita Justice and X.L. Justice.
Veneta graduated from the Warsaw High School, Warsaw, IL and attended the St. Paul Episcopal Church in Warsaw, IL while she resided there.

She was employed at the Kahoka Senior Center for several years as a cook until her retirement in 2003. She also delivered meals to shut-ins. While at the Senior Center Veneta was always happy to cook Christmas dinner for those that did not have a place to go.

Veneta helped raise some of her grandchildren, along with helping to take care of some of the others. She always loved to sing to the grandchildren, every grandchild was taught the “Peanut On The Railroad “song along with countless games, which she patiently taught to them, but once learned they were on their own. She was a loving mother and grandmother and cherished the time she spent with her family.

She loved music and singing as she had a beautiful voice. She was an avid Spurs fan and knew what she was talking about when discussing sports. One of the highlights of her life was a trip to Chicago to watch a Spurs and Bulls game with a floor-side seat right behind the man announcing the Bulls.

She was preceded in death by her husband Robert Justice on December 6, 2001, two daughters, Linda Young and Cindy Sheffler, one can only imagine the tears of joy when Veneta holds her baby Cindy again and hugs Linda close, one son, Robert Justice who joins in welcoming their mom to heaven, one great granddaughter, one brother and ten sisters.Veneta is the last of twelve children to leave us.

Funeral services will be held at 2 p.m. Monday at the Vigen Memorial Home in Kahoka, MO. with Rev. Ernest Deatrick and Pastor Orlie Yoder officiating. Burial will be in the Oakland Cemetery in Warsaw, IL.

Visitation will be from 1 – 2 p.m. Monday at the funeral home with the family meeting with friends at that time.
Memorials may be made to the Kahoka Nutrition Center.