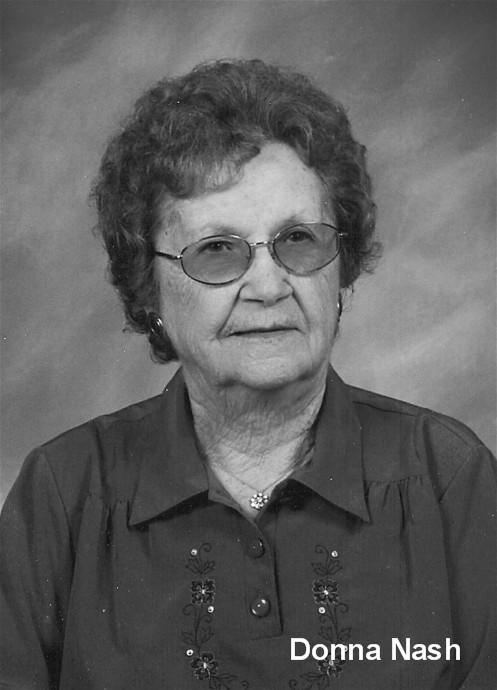 Donna received her teaching certificate from Northeast Missouri State Teacher’s College in Kirksville, MO and taught school in Missouri for several years. She and her first husband, Charles, owned and operated a farm and dairy farm in Nauvoo, IL.

Funeral services will be held at 10 a.m., Monday at the Vigen Memorial Home in Keokuk with Pastor Dana Jurgens officiating. Burial will be in the Combs Cemetery in Luray, MO.

Visitation will be held after 1 p.m., Sunday with the family meeting with friends from 4 – 6 p.m. at the funeral home.

Memorials may be made to the Keokuk Church of the Nazarene.
On-line condolences may be sent to the family at www.vigenmemorialhome.com