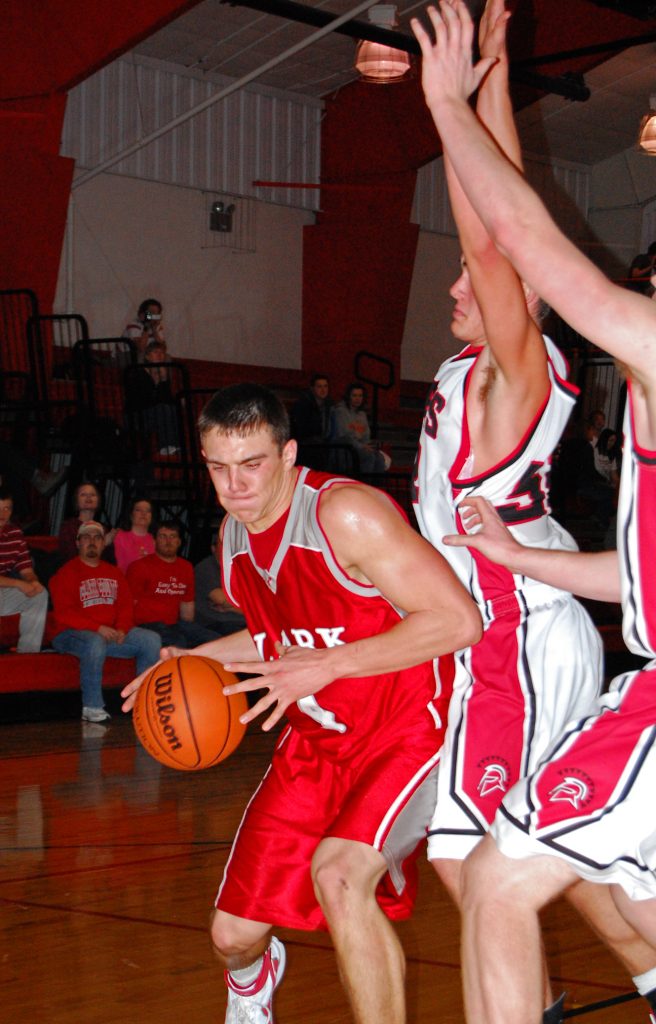 The Clark County Indian boys basketball team faced their first test of the early season on Saturday, travelling to Warsaw, Illinois to take on the West Hancock Titans. ?The Titans’ boast four seniors over 6-4 in height: Dalton Mann (6-4) Dylan Morris (6-4), Caleb Bray (6-5), and Will Carr (6-9).

The Indians have speed, evidenced by the first two baskets of the game as Javis Vineyard and Ethan Allen each made steals then raced for the easy buckets as Clark County jumped out to an early lead.

West Hancock used their size to dominate the boards, however, and ice-cold outside shooting by the Indians in first half allowed the Titans to stay in the game early. After the first quarter, the Indians led 15-14, with Michael Brennan and Javis Vineyard each having five points.

The Titans outshot the Indians 12-6 in the second period, giving them a 26-21 lead at the half.

In the third quarter, the Indians struggled inside, as Brennan could only make one bucket and foul shot inside, but Bryan Plenge found his target, pouring in seven points from the outside, as the Indians narrowed to lead to 35-31.

Clark County’s shooting turned as cold as the weather outside during the fourth quarter. The Indians went four and a half minutes without a score until Vineyard made the first of a one and one free throw. The Indians missed several follow-up shots from offensive rebounds in the paint,

Brennan and Plenge each added a bucket in the period, but the tall Titans were too much for the Indians, and gave the boys their first loss 46-36.

Clark County was led by Michael Brennan with 12 points, followed by Bryan Plenge with nine. Javis Vineyard had eight. Ethan Allen, Dakota Armstrong and Justin Oilar each had two, and Ethan Horton had one point.