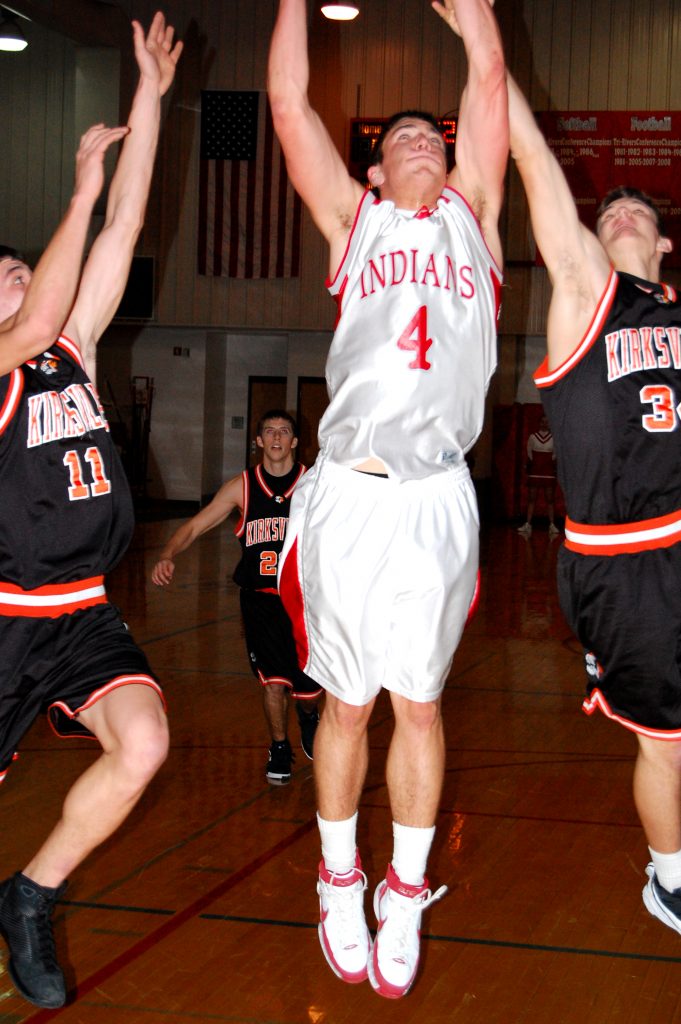 Brennan Scores 36 As Indians Down Tigers

The Clark County Indians got an outstanding performance from Michael Brennan, who scored 36 points against the Kirksville Tigers to lead the Indians to a narrow victory last Monday night, December 22.

Clark County’s speed gave the Indians a 10-1 lead midway through the first quarter, but the Tiger battled back to make it 19-12 after the first. Michael Brennan led the Indians with 10 first-quarter points. Bryan Plenge added five more, and Javis Vineyard and Lynn Williams each had a bucket.

The Tigers picked up the pace in a wild second period, but Brennan poured in 12 more points, and the Indian held on to a 34-34 lead at the half. Both team had numerous turnovers in the quarter. Plenge added two more points, Justin Oilar got a bucket and Ethan Allen hit the backside of the two-point foul shot.

Six Indians found the scoring column in the third period, again led by Brennan with seven more points. Allen hit a three-pointer, and Vineyard, Plenge, Williams and Oilar each added two points as the Indians opened a 54-48 lead after three periods.
Clark County held the margin through most of the quarter, leading by seven with only about two minutes remaining, but the Tigers put on a fierce effort and tied the game at 71 with 12 seconds left on the clock. Bryan Plenge hit the hero bucket with 4.4 seconds remaining to give the Indians the lead again, and a Kirkville shot at the buzzer bounced off the rim.

Michael Brennan led the Indians with 36 points, and Bryan Plenge added a dozen. Javis Vineyard scored eight, and Ethan Allen had six points. Lynn Williams and Justin Oilar each had four points. Dakota Armstrong had a single bucket, and Justin Alderton sank one free-throw in the contest.