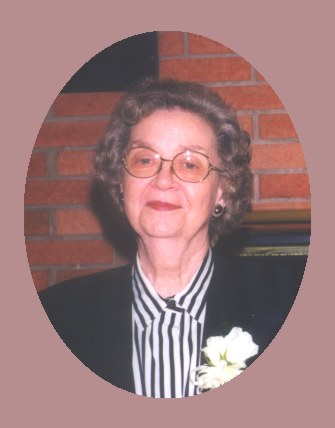 E. Georganne Daniel, age 77, of Kahoka, MO, died Monday, December 29, 2008, at the Loch Haven Nursing Home in Macon, MO, where she had been a resident the past six and a half years.

She was preceded in death by her parents and brother, James R. (Jim) Riffle.

Georganne graduated from Kahoka High School and worked for the Exchange Bank for a few years. Following the birth of her first child, she became a full-time homemaker who put the care of her family first.

She was a member of St. Michael’s Catholic Church, St. Michael’s Altar Society and the Tuesday Club. She was an avid Celtic Fan and she loved to read and embroider. She and Gene enjoyed dancing to big band music and spending many weekends at their cabin on the Mississippi River with friends and family.

Visitation was held after 1:00 p.m. Friday at Wilson Funeral Home in Kahoka with family receiving friends from 6-8 p.m. followed by the reciting of The Rosary at 8 p.m.

Memorials were suggested to the Kahoka Cemetery, Alzheimers, or Dollars for Scholars.