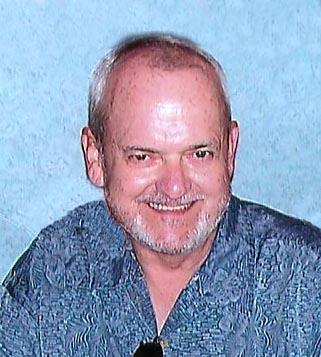 Jesse William “J.W.” Bishop, age 64, of Farmington, Missouri, died Wednesday, January 7, 2009, at the Missouri Baptist Medical Center in St. Louis, Missouri.
He was born May 10, 1944, at Kirksville, Missouri, the son of Noble Lee and Velma Lee Kidwell Bishop.
He was united in marriage to Elaine Williams and to this union one daughter was born. Surviving are one daughter, Pamela Leutzinger and her husband Michael of Bonne Terre, Missouri, his dear friend Claudia Arciniega of Farmington, Missouri, three grandchildren, Leslie Bishop, Alex and Shelby Leutzinger, seven brothers and sisters, Donna Stockham and fiancée Bruce Normile, of Edina, Missouri, Mike Bishop and wife Carol Lee of Edina, Missouri, Sue Johnson and husband Dick of Baring, Missouri, Jack Bishop and wife Mary of Edina, Missouri, Dan Bishop and wife Judi of Baring, Missouri, Janice McGinnis and husband Mike of Edina, Missouri and Brenda Beckner and husband Mike of Corydon, Iowa, and numerous nieces, nephews and cousins.
J.W. was preceded in death by his parents, sister-in-law Judy Bishop and brother-in-law Kenneth Stockham.
J.W. was raised in Knox County where he graduated from Edina High School Class of 1962. J.W. served his country in the United States Marines from September 11, 1962, to October 28, 1966. After his discharge from the military J.W. moved to Festus, Missouri, where he was employed at Stockham’s Gas Mart till 1984. On October 5, 1984, he was hired as correctional officer I at Missouri Eastern Correctional Center. On July 1, 1986, he was transferred to Farmington Correctional Center and promoted to Sergeant on October 28, 1986. On November 21, 1988, he was promoted to Corrections Classifications Assistant, promoted to Correctional Services Trainee on April 20, 1994, and promoted to Caseworker I on April 20, 1995, where he was employed till his retirement on May 31, 2006.
J.W. was a member of the First Christian Church of Edina, Missouri; he enjoyed hunting, fishing, and spending time with his children, grandchildren and family at the Baring Lake.
Memorial services were held 1 p.m. Monday, January 12, 2009, at the Hudson-Rimer Funeral Home in Edina, Missouri. Reverend Dewayne Wellborn officiated the services. Burial with full military honors was in the Missouri Veterans Cemetery at Jacksonville, Missouri.
Music was provided by Brent Karhoff, soloist and Carol Hayes, organist.
Visitation was from 12 noon Monday till time of services at 1 p.m. at the Hudson-Rimer Funeral Home in Edina, Missouri.
Expressions of sympathy in memory of Jesse William “J.W.” Bishop may be made to the Arthritis Foundation or the Donor’s Choice. Memorials may be left at or mailed to Hudson-Rimer Funeral Home, P.O. Box 1, Edina, Missouri, 63537.
HUDSON-RIMER
FUNERAL HOME