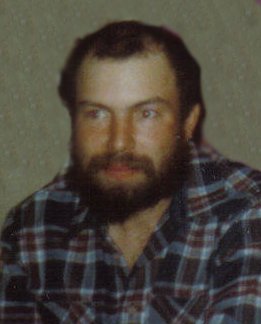 Kevin Eugene Yoakum, of Brashear, Missouri, died Friday, January 16, 2009, at Northeast Regional Medical Center in Kirksville, Missouri.
Kevin was born on November 3, 1963, the son of Eugene and Reta Frances Rowlison Yoakum.
Kevin was a graduate of Knox County High School Class of 1982. Kevin lived his whole life in the Brashear area and worked a variety of jobs. He enjoyed working at flea markets, playing cards and spending time with family and friends.
Kevin is survived by his two daughters, Amy and Katie Yoakum of Novelty, Missouri; one granddaughter, Carissa Yoakum of Novelty, Missouri; his parents, Eugene and Reta Yoakum of Brashear, Missouri; two brothers, Marvin and his wife Elizabeth Yoakum of Kirksville, Missouri, and Darin and his wife Cheri Yoakum of Hurdland, Missouri; two sisters, Belinda and her husband Joe Broughton of Monroe City, Missouri, and Tammy and her husband Tim Wolff of Brighton, Illinois along with numerous aunts, uncles, cousins, nieces and nephews.
Kevin was preceded in death by his grandparents, Irene and Richard Rowlison, and Agnes and Orvie Yoakum.
Funeral services will be Tuesday, January 20, 2009, at 2:00 p.m. at the Doss Funeral Home in Edina, Missouri.
Visitation were after 4:00 p.m., Monday, January 19, 2009, with the family receiving friends from 6:00 p.m. to 8:00 p.m. at the Doss Funeral Home in Edina, Missouri.
Burial will be in the Parkview Memorial Gardens in Kirksville, Missouri.
Brother Robert Shrobe will officiate and Casket Bearers will be George Sparks, Leon McCarty, Bobby McCarty, Markus Dew, Aaron Vansickle, and Roy Love.
An expression of sympathy in memory of Kevin Yoakum may be left to the Donor’s Choice. A memorial may be left at or mailed to the Doss Funeral Home 208 N. 4th Street, Edina, Missouri 63537.