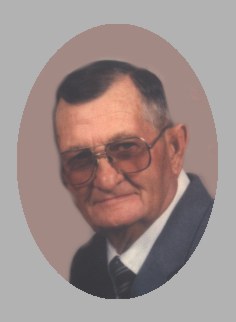 On June 9, 1945 he married his childhood sweetheart, Lena Marie Ayer, at Keosauqua.  They were blessed with 63 ½ years of marriage.

Survivors include his wife, Lena Marie Nichols of Luray, MO; two sons, Gilbert Nichols and his wife, Joyce, of St. Charles, MO, and Rodney Lowell Nichols, Sr. of Luray, MO; one daughter, Ilene Howell and her husband, Larry, of Wyaconda, MO; Marie’s brother’s children whom he and Marie raised as their own: Sheila Wood of Kahoka and Herley Ayer of Oklahoma City, OK; grandchildren: Steve and Anne Howell and Gale and Kathy Howell, all of Kahoka, Laura and Mike Miller of Quincy, Dana and Dave Ickes of O’Fallon, MO, Ky and Mari Nichols of Frankford, MO, Christopher and Fiona Nichols of Kahoka, Rodney Lowell, Jr.. and Shelly Nichols of Luray, Jeremy and Farilla Ayer and Nakia Ayer, all of Oklahoma City, OK, and Brandon and Summer Wood of Kahoka; great-grandchildren: Darrin Howell, Rebecca and Scott McAfee, Evan and Cody Miller, Seth and Tanner Ickes, Tori and Trey Nichols, Colin Nichols, Nevada Wood, Logan and Carson Nichols, Kacen, Kasia and Hoyce Ayer, and Skyler Ayer; a sister, Vada Bergman and her husband, Delbert, of Burnside, IL; sisters-in-law and brothers-in-law: Maxine Strickler, Betty Nichols, Shannon Busby and Alvin Ayer all of Kahoka and Vada and Delbert Bergman of Burnside, IL; as well as nieces, nephews, other relatives, and many other kids who called him “Gramps”.

He was preceded in death by his parents; three brothers, Carmen, Verlon and Floyd Nichols; and three sisters, Juanita Busby, Veneta Merrick and an infant.

Lowell farmed early in his life and drove trucks for Kahoka Cheese Co., Clark Co. Road District, Ayers Oil Co. and was formerly employed by Fruehauf. In the late 1970’s he owned and operated the DX Station at Wayland, MO. For five years he did maintenance work at the Kahoka Senior Housing. He enjoyed mowing lawns, doing yard work and gardening. He also enjoyed driving his team of mules and team of horses. This past summer he and his great grandson, Colin, had a large flower garden together and he and Logan and Carson loved to eat Grandpa’s pancakes. He loved and enjoyed his family.

Visitation was held at Wilson Funeral Home after noon on Tuesday with family receiving friends from 6-8 p.m. Memorials were suggested to the family.