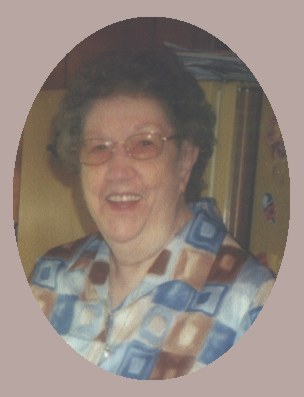 She was preceded in death by her husband, parents, one son-in-law, Byron Young, grandson in-law, Robert Garner, two great grandchildren, Adam Gould, and Aoife Young, and one great great grandchild, Verna Nelson. She survived two brothers, their wives, four sisters, their husbands and one sister in infancy, several nieces, nephews, cousins and other relatives.

She raised chickens and had a large garden to help support her family in the early years of her married life. She worked at The Coffee Shop in Kahoka, MO four years and Clark County School System, food service ninteen years. She loved gardening, cooking, canning, sewing and reading. Her last few months she enjoyed her new friends at Mt. Bethel Senior Center. She was very witty and always came home with prizes from bingo and trivia. They loved her stories and smile.

Funeral services were held Saturday, January 24, 2009, at 11 a.m. at the Kahoka United Methodist Church with Pastor Barb Hagerla officiating. Mrs. Ida Ross was organist and Mr. H L Plenge, vocalist. Selections were “The Old Rugged Cross”, “In the Garden”, and “It is Well”.

Additional selection was recording “Why Me, Lord” with congregational hymn “May the Road Rise to Meet You.”

Visitation was held after 10 a.m. Friday at Wilson Funeral Home in Kahoka with family receiving friends from 6-8 p.m.