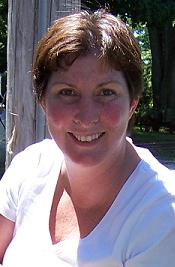 She was born in Burlington, IA on June 12, 1967, the daughter of Dennis Ray and Judith Ellen (Dieterich) Morgan of Kahoka, MO.

She and her husband Kevin W. Clark, were married in Mt. Pleasant, IA on Sep. 24, 1994, he survives. She was a Homemaker and a member of St. Mary’s Catholic Church, Farmersville, IL.

She enjoyed Bowling and playing Bunco. She loved Volunteering at St. Isidore Catholic School in Farmersville. She cherished the friendship and support she received from the Montgomery County Cancer Association.

She is also survived by her mother-in-law, Fran Clark of Auburn and father-in-law Howard Clark of Hettick and by several brothers and sisters-in-laws, Aunts, Uncles, Nieces, Nephews and Cousins.

She was preceded in death by her paternal grand parents and maternal grandfather and step-grand father.

Memorials can be sent to the Bank and Trust Co. in Farmersville, where an education fund for her children has been set up.

Visitation will be held on Tuesday January 27 from 4-8pm at St. Mary’s Catholic Church in Farmersville, IL.

A funeral Mass will be celebrated at St. Mary’s Catholic Church, Farmersville, IL, at 10:00am on, Wednesday January 28th, with Fr. Bunse officiating.

Condolences to the family may be left at www.houghfuneralhome.com.

Hough Memorial Home in Farmersville is assisting the family.