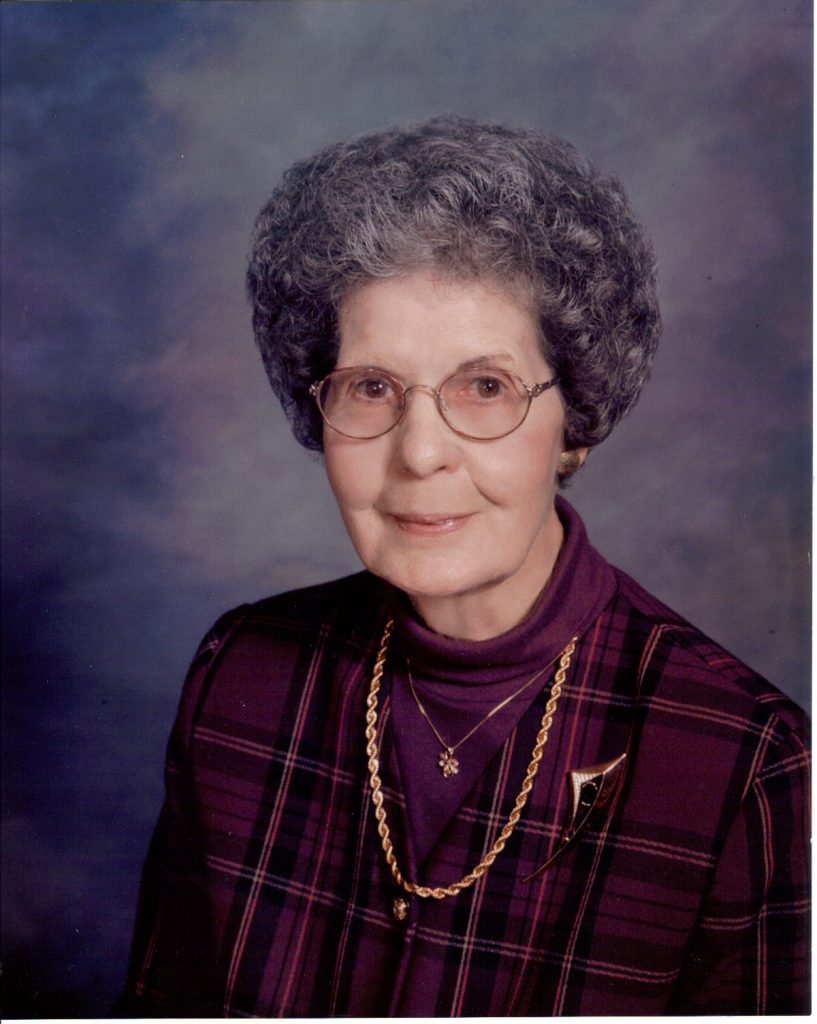 She was born on September 26, 1919 in Winchester, MO, the daughter of Glenn Hunziker, Sr. and Ernestine Mae Kennedy Hunziker. On April 26, 1941, Wilma was united in marriage to Robert F. Boudreau in St. Patrick, MO. He preceded her in death on January 22, 1982.

She had been employed at Motorola in Quincy, IL for ten years and then worked at Shellor Globe in Keokuk, IA for twenty-two years, retiring in 1982.

Wilma enjoyed flowers, gardening, sewing, quilting and decorating her home. She designed and made quilts for the annual Fourth of July picnic at St. Patrick, MO for many years. She loved baking and often made goodies for her family and friends. Her life had been devoted to God and her children. She was a loving mother and grandmother and cherished the times she spent with her family. Wilma especially enjoyed attending her grandchildren’s school and sport activities.

She was also preceded in death by her parents, one brother, Glenn Hunziker, Jr, one sister, Leona “Tootie” Roach, one sister-in-law, Lenora Hunziker, two brothers-in-law, Roland Roach and Marshall Bash, one grandson, Michael McAfee and one son-in-law, Edward McAfee.

Mass of Christian Burial was held at 10 a.m., Wednesday, January 28th at the St. Michael’s Catholic Church in Kahoka, MO. Burial was in the Kahoka Cemetery.

Memorials were made to the Shrine of St. Patrick or St. Michael’s Catholic Church.