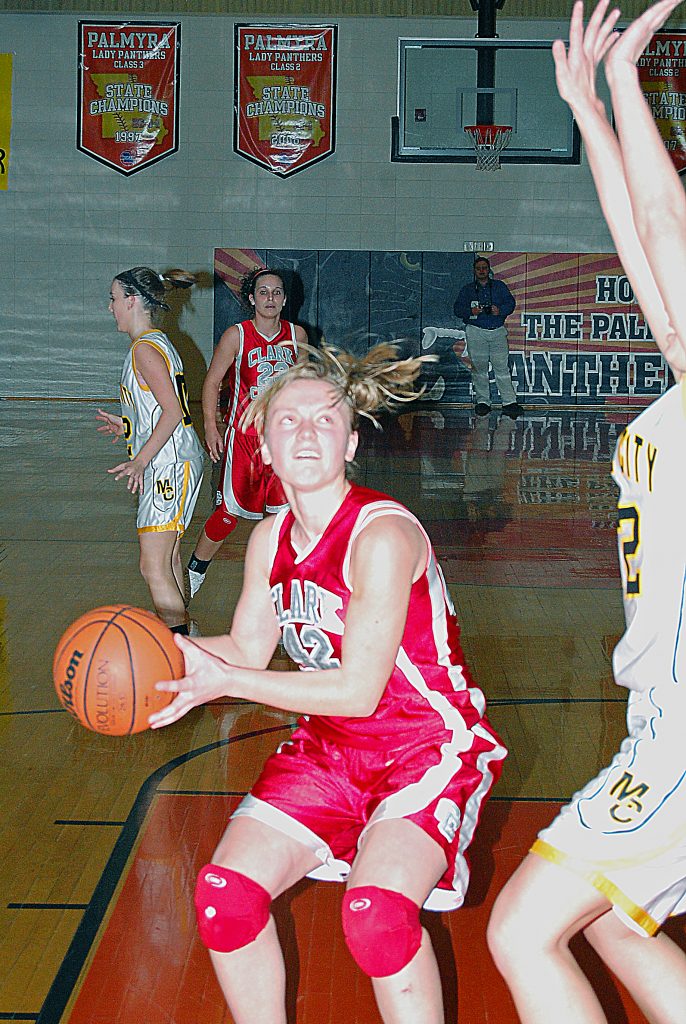 Cady Flood Scores 27 To Down Monroe City in Palmrya Consolation

Cady Flood scored a career-high 27 points to lead the Clark County Lady Indians to a Consolation victory in the Tony Lenzini Tournament in Palmyra on Friday night, January 23.

Clark County faced a solid Monroe City squad, and both teams came to play, putting a combined 40 points on the board in the first eight minutes. The Lady Indians trailed 21-19 after the first. Brooke Wheeler had eight, Chelsea Edmondson has seven, and Cady Flood had four point in the quarter.

The Lady Indians spread the scoring around more in the second quarter. Cady Flood added six more, and Brooke Wheeler had five. Megan Brennan and Britni Bertelli each added a bucket, and Clark County took a 34-29 lead at halftime.

Flood added nine more in the third quarter, while Brennan and Edmondson each added two, and after three, the Indians led 47-41.

But Clark County couldn’t put away the pesky Panthers, who fought their way back to tie the game at 55 with two and half minutes to play. The Lady Indians responded with a flurry of late points, and went on to a 63-58 victory.

Cady Flood had 27 points in the game, and Brooke Wheeler had a solid 15 points. Chelsea Edmondson was a major factor, adding 12 points. Megan Brennan had five and Britni Bertelli had four.