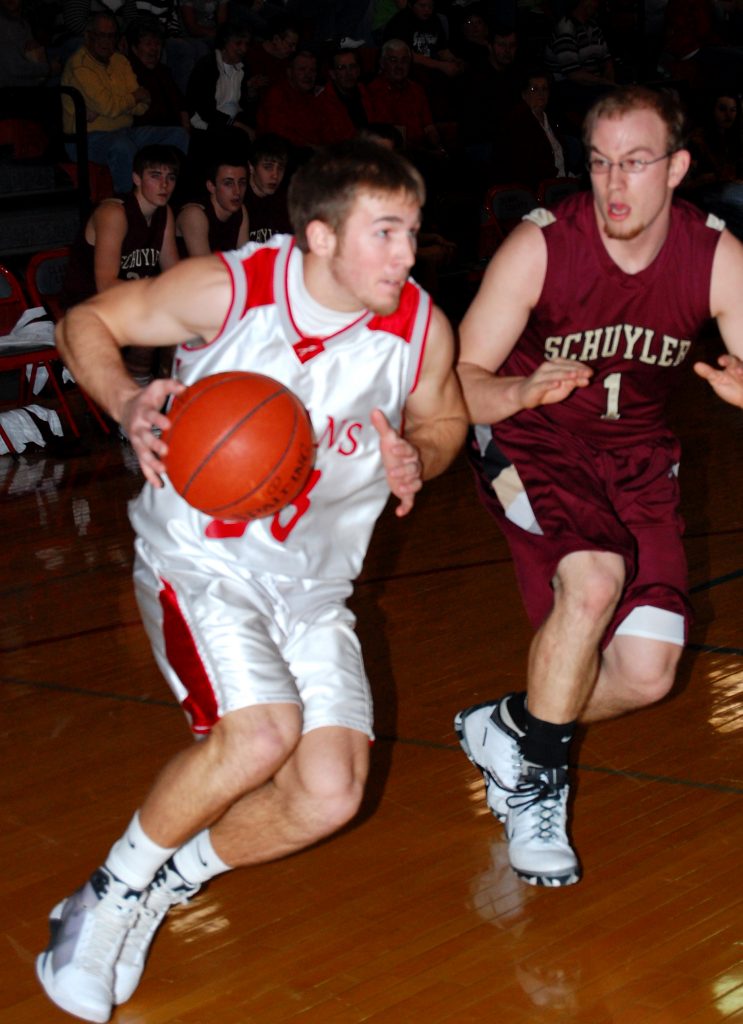 The Indians started the contest slowly, falling behind 11-5 before turning the quarter around and taking a 21-13 lead after one period.
The Indians defensive pressure and speed helped them open a 12 point halftime lead, 33-21.

Both teams put up 15 points in the third quarter as the Indians held on to therr dozen-point lead.

The Rams made a run in the final period, closing the gap off of some Indian turnovers, but Clark County responded, scoring 19 points, including a crowd-thrilling breakaway slam dunk by Michael Brennan with just seconds remaining in the contest.
Michael Brennan and Bryan plunge led the Indians with 17 each, followed by Javis Vineyard with 13. Ethan Allen hit three three-points, contributing 11 points in the game. Justin Allerton had five, and Justin Oilar and Dakota Armstrong each had two points for the night.

“For a game we, weren’t supposed to have a chance at winning, I think we did pretty good,’ said Coach Clint Smith after the game.