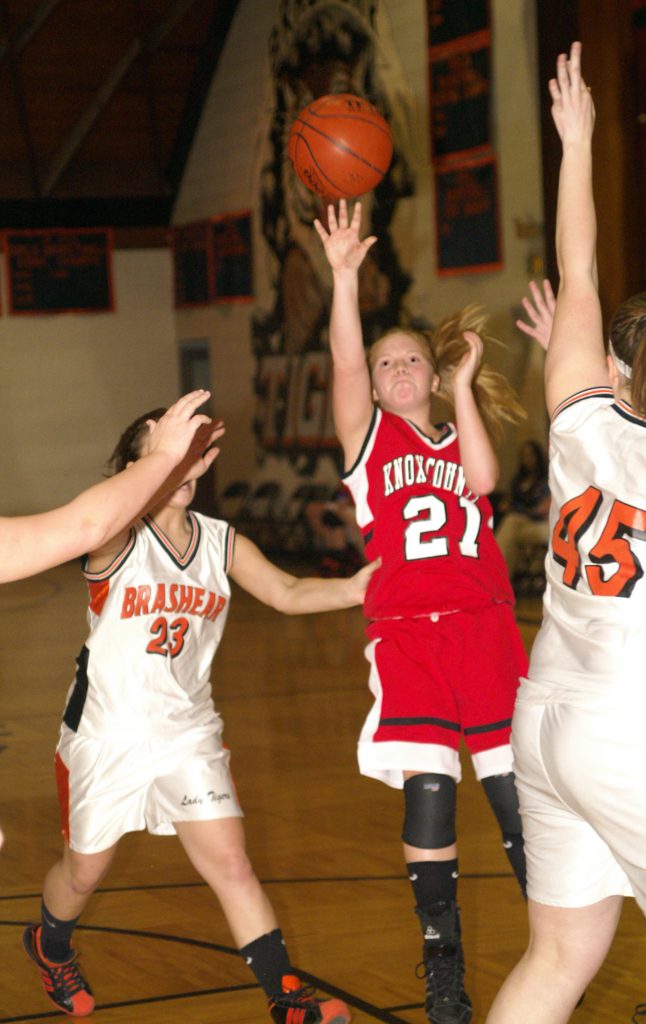 Knox County scored the first 12 points and were never headed in a 76-26 win at Brashear. The Lady Eagles held an unofficial 39-22 rebounding edge along with a 12-4 advantage in team steals.
Knox County dressed eight players due to participation in the Scotland County JV Tournament.

Knox County (9-9) shot the ball better than in previous games. The Lady Eagles moved the basketball well during the February 2 contest, and were rewarded with good scoring chances.
“We just wanted to come out and play hard,” said KCHS coach John Weaver.

“We didn’t want them to dictate the pace of the game. Defensively we played well. Our shooting percentage was up. We played tough. We have a chance to make a run at our conference, even with one or two losses.”

Lorrie Peters scored 22 points with 14 unofficial rebounds for Knox County Tessa Ramer fired in 20 points along with five rebounds and a pair of assists.