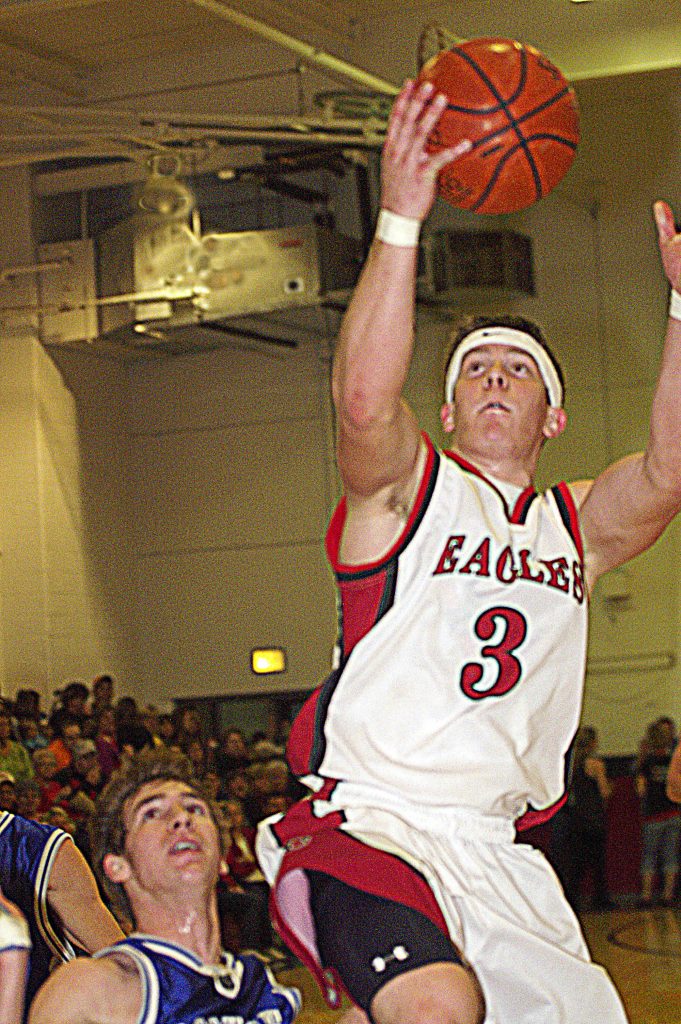 The Bulldogs trimmed the KCHS lead to 36-24 in the third quarter. Knox County responded with ten unanswered points. Keenan Gillaspy finished a drive to the hoop for a 46-24 advantage with 2:24 showing on the third quarter clock.

Knox County made liberal use of their bench in the second half. Brookfield closed the quarter with a 4-2 spurt to a 48-28 Knox County lead. Brett Bryant canned two KCHS free throws for a 56-35 score with 2:16 remaining in the game.

Parker Dixson sank four straight free throws with seven seconds to go, closing out the 64-38 final. One of the Brookfield JV players was assessed a technical foul setting up the four shot chance.

“We came out and established a 20 point lead. We may have relaxed too much at times,” said Knox County coach Jesse Crawford. “We are on the right track. We are still winning games. We want to come as close as we can to that 20 win plateau in the regular season and have a shot at winning our district.”

“Mitchel Penn played great tonight,” said the reigning KHQA Boys’ Coach of the Year. “He penetrated the lane. I thought Dennis Dent played well. As a team collectively, I thought we had a good game.”

“There was a time in the second and third quarter where we got stagnant on offense,” said Jesse Crawford. “We dominated on the glass. We did the little things needed to be successful.”

Listed point totals are official. Stats included in this account are unofficial.

Lucas Hudson sank nine points with five assists. Hudson received an award prior to the contest, emblematic of his 2008-09 single game school records for steals and assists. Head boy’s basketball coach Jesse Crawford made the presentation on behalf of the Knox County R-I school district.