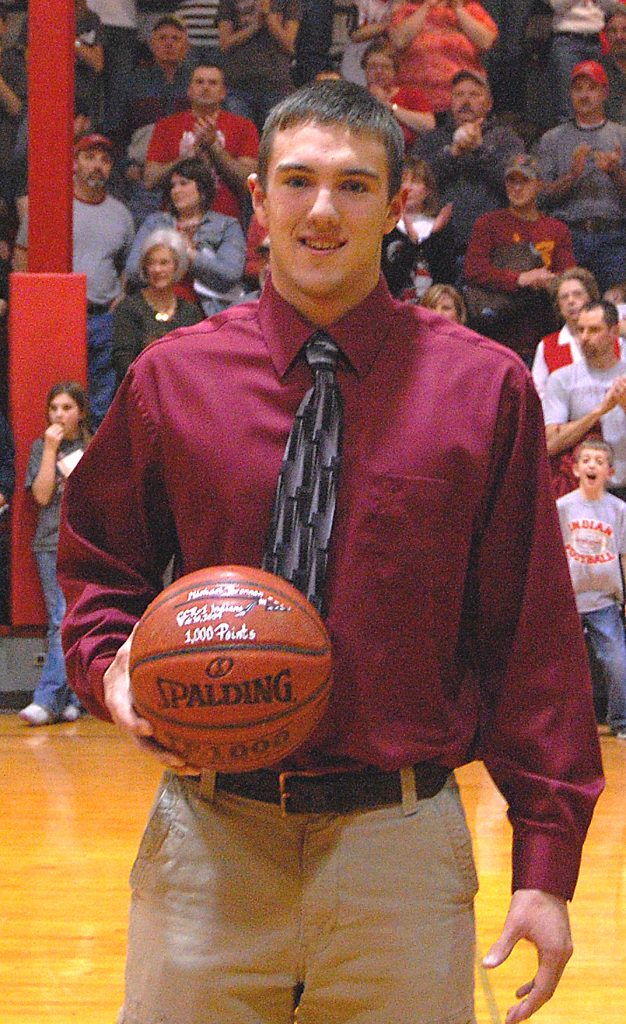 It’s always a thriller with the Keokuk Chief and Clark County Indian face off on the basketball court, and Tuesday’s home contest would prove to be no exception. Keokuk has won the previous two games by a total of six points, and, true to form, this year’s contest would come down to the final fraction of a second.

The Indians took the first quarter 13-7, as Michael Brennan established himself inside with six points. Ethan Allen continued his outside shooting, nailing a three, while Bryan Plenge got two. Justin Oilar picked up a pair of free throws.

Clark County copied its first quarter offensive production with 13 more in the second, led by Brennan with seven. Justin Alderton came off the bench for four, and Ethan Allen added two more points. At the half, the Indians had would looked like a comfortable 26-18 lead.

Keokuk came out after half and cut the Indians’ lead to only four, 36-32. Justin Oilar and Bryan Plenge each had four points, and Michael Brennan had two.

Keokuk opened the final eight minutes with a three-pointer to cut the gap to a single point. Javis Vineyard responded with his only points in the game, giving the Indians a three point edge. But Keokuk hit back to back buckets to take the lead at 39-38 with about five minutes remaining.

The Indians fought back inside, as Michael Brennan scored Clark County’s final eight points, including a pair of free throws with 38 seconds remaining to give the Indians a 46-44 edge. Keokuk had two scoring opportunities in the final seconds, missing a three point attempt, and then getting fouled on another three-point attempt with less than a second remaining. The Chiefs missed all three shots, and Clark County held on for a narrow 46-44 win.

Michael Brennan led the Indians with 23. Justin Oilar and Bryan Plenge each had six. Ethan Allen had five, and Justin Alderton added four. Javis Vineyard had two points in the contest.