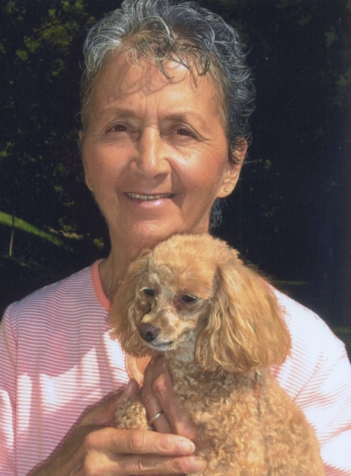 Marilyn Joan Staley, 62, of Keokuk, went to be with her Lord and Savior on Wednesday, February 04, 2009 after a courageous year battle with cancer at her daughters home with family by her side.

She was born May 7, 1946, in Keokuk, Iowa the daughter of Herbert H. and Delphia M. Rube Leazer. She married Vance Felgar in 1967 and then later married Danny Staley in 1977. She was employed with Sheller Globe/Metzler as a Quality Control Lab Tech. She graduated from Central Lee in 1964. She was a member of the Emmanuel United Methodist Church in Keokuk and she had served on the church board. She was a member of United Methodist Women, Mary Larson Circle, Hospitality Committee and Funeral Dinner Committee. She enjoyed flowers gardening, antiquing, flea markets auctions and her toy poodle Shannan.

She was preceded in death by his parents and grandparents.

Funeral services will be held at 10:00 AM Saturday, February 7, 2009 at DeJong’s Funeral Home with Pastor David Barrett officiating. A private burial will be at a later date.

Visitation will be Friday, February 6, 2009 at DeJong’s Funeral Home and the family will meet with friends from 7:00 to 9:00 Friday evening.

In lieu of flowers the family asks that memorials may be made to Emmanuel Methodist Church or Embury Cemetery Association. .

Online condolences may be entered at www.dejongsfuneralhome.com.