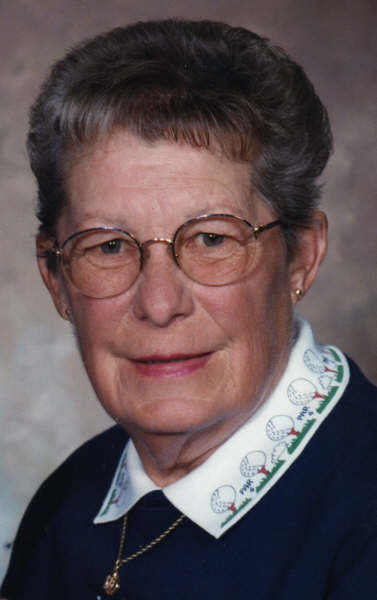 Carol was born December 8,
1934, in
Kankakee, Illinois, the daughter of Paul and Lucille (Tourongeau)
Legg.  She attended
Kankakee High School in Kankakee, Illinois, graduating in 1952.
On July 11, 1953, she was united in marriage to Eugene “Gene” Greene in
Aroma
Park, Illinois.  Carol was the
unit secretary for Memorial Hospital in Carthage for 19 years.
She was a member of the Carthage Golf Club, Farm Bureau, and the Carthage
Women Bowling Association.  On
August 7, 1969, Carol scored her first hole-in-one on hole #2 at the
Carthage Golf Club.  She scored 3 more
holes-in-one on the same hole in the following 11 months and the achievement was
recorded in Ripley’s Believe It or Not.
Besides golfing, she enjoyed spending time with her
family.

She was preceded in death by her
parents; and one sister, Jo Ann Smith.

A memorial service will be held at
1:30
P.M. Saturday, February
28, 2009 at Printy Funeral Home
in Carthage.  Family will be
meeting friends from 11:30 A.M. until time of services at the funeral home on
Saturday.  Inurnment will be held at a
later date.  In lieu of flowers,
memorials may be directed to the Carthage Golf Club.  Printy Funeral Home of Carthage is in charge
of arrangements.