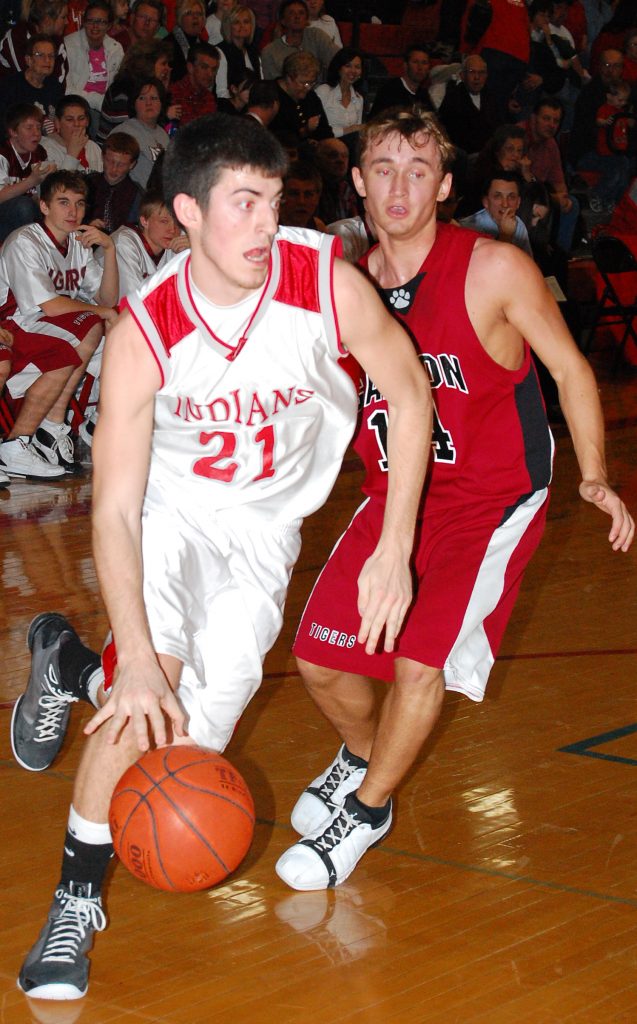 Clark County’s Indian basketball squad is starting to wind
down the 2008-09 season, and the boys are playing some very good basketball.

On Friday night, February 20, the Indians hosted Canton for
their Courtwarming game.

The Indians had a slow start, falling behind the Tigers
17-12 after one quarter.  Michael
Brennan had six and Bryan Plenge had four, while Dakota Armstrong added two
points.

In the second, it looked like Canton’s three-point shooting
would doom the Indians, but Clark County responded with three treys of their
own, and led at half 30-29.  Armstrong
dropped two longballs and a layup for eight points, and Brennan added seven
more.  Plenge had a three in the
quarter.

The pace of the game slowed dramatically in the third as
neither team could hit their shots.  The
Indian only managed six points-four by Brennan and two from Javis
Vineyard.  After three, Canton held a
40-36 lead.

The Indians fought back to a take a two-point lead late in
the game.  The Tigers were called for a
charge underneath their own hoop with just two seconds left, and Clark County
got the ball.  Another foul with one
second left put Javis Vineyard on the line, and he hit both shots, giving Clark
County a 58-54 win.

The Indians were led again by Michael Brennan with a 23
point effort, followed by Dakota Armstrong with 17.  Bryan Plenge had seven, Justin Alderton had six, and Javis
Vineyard had four points.