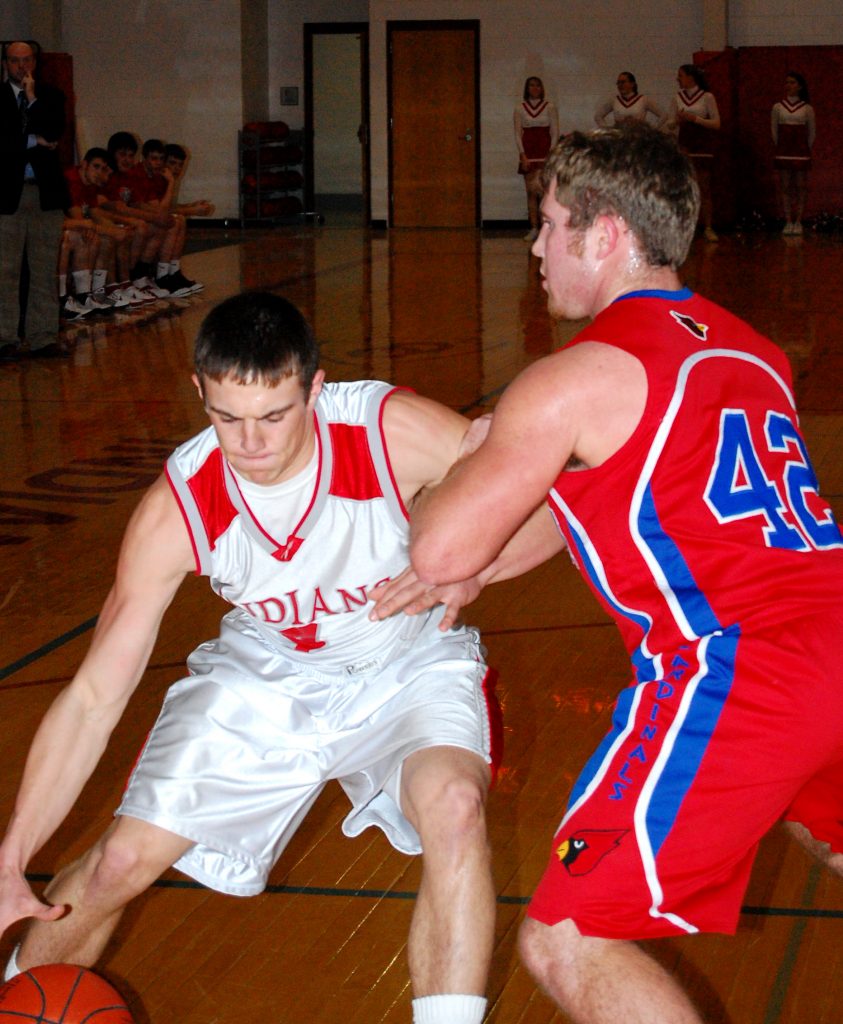 Indians Split  Down The Stretch

On Monday, the Indians fell to South Shelby, 79-71, in a
Senior Night contest.

Clark County started strong, matching the Cardinals with 16
in the first quarter.  Clark County
added 17 more in the second, but So. Shelby put up 24 points to take a 40-33
halftime lead.

A slow third quarter would doom the Indians as they added
only 12 more points, while the Cardinals picked up 21 more.

The Indians put on a late charge with 26 in the final
quarter, but the Cardinals stalled the clock, and won the game.

Michael Brennan scored 28 points, and Ethan Allen had
12.  Javis Vineyard had nine, and  Bryan Plenge had eight.  Lynn Williams and Dakota Armstrong each had
five, and Justin Oilar and Justin Alderton each had two.

The Indians bounced back on the road Tuesday night with a
63-49 win over Highland.  Clark County
led 26-21 at the half, and expanded their lead in the third period.

The Cougars couldn’t stop Michael Brennan, who had 39 on the
night.  Javis Vineyard added eight, and
Ethan Allen had seven.  Dakota Armstrong
had five points, and Bryan Plenge and Justin Oilar each had two points in the
game.