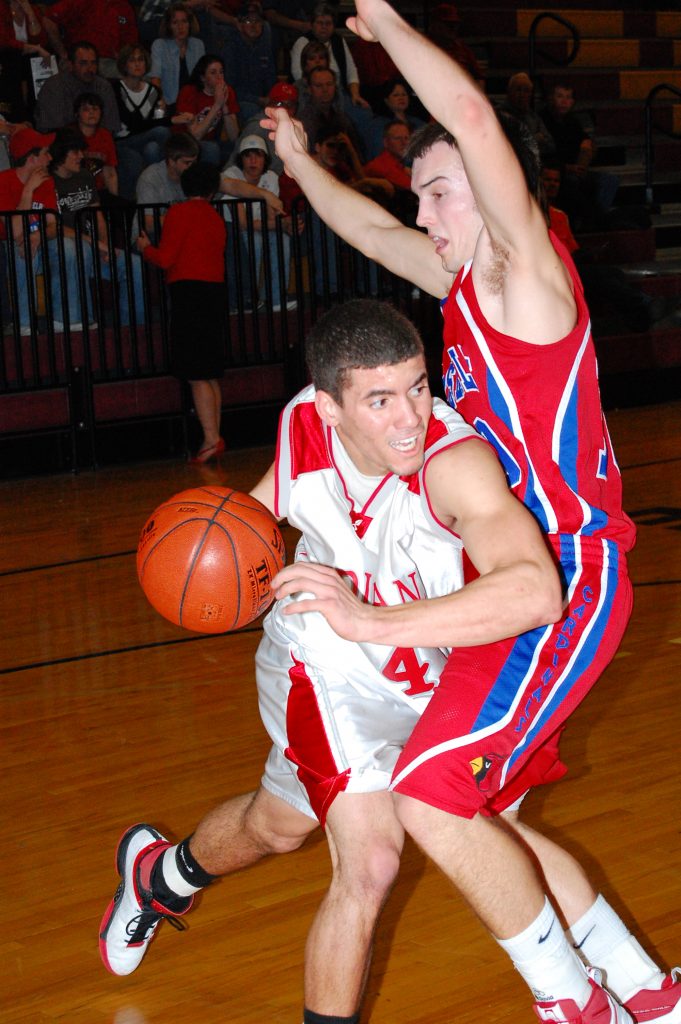 South Shelby rained in six 3-pointers in the first quarter,
while cold Clark County Indians shooting allowed the Cardinals to jump out to
an early 12-0 lead on their way to a 22-7 first quarter lead in the Class 3
District 7 semifinal game, held Thursday night, March 5 at Schuyler County.

The Cardinal also
dominated the rebounding game, denying the Indians second chance shots.  The bright spot for the Indians was Dakota
Armstrong, who came off the bench to score five of the Indians’ seven
first-quarter points.

The cold shooting continued well into the second, except
Ethan Allen scored on an offensive rebound and Michael Brennan sank a pair for
free throws.  Late in the quarter, the
Indians came to life, with Michael Brennan adding another bucket.  Ethan Allen, Justin Alderton and Dakota
Armstrong each had two points, and Lynn Williams had one.  Bryan Plenge had four in the quarter,
including a long three-pointer at the buzzer,

The Indians put up 20 points in the final quarter, the best
performance of the game, but they could gain any ground against the red-hot
Cardinals.  Ethan Allen led the effort
with a pair of three’s and a pair of free throws.  Michael Brennan had four more, and Bryan Plenge, Javis Vineyard,
Justin Oilar and Lynn Williams each had two.

The Indians would end their 2008-09 season with a disappointing
78-55 loss.  Michael Brennan had
seventeen in his final game.  Other
seniors ending their Indian basketball careers were Ethan Allen with 10 points,
Bryan Plenge with six, Javis Vineyard with four and Lynn Williams with three
points.    Dakota Armstrong scored 11,
and Justin Oilar and Justin Alderton each had two.

Scroll down to the bottom of the page to see a short video of Brennan scoring.