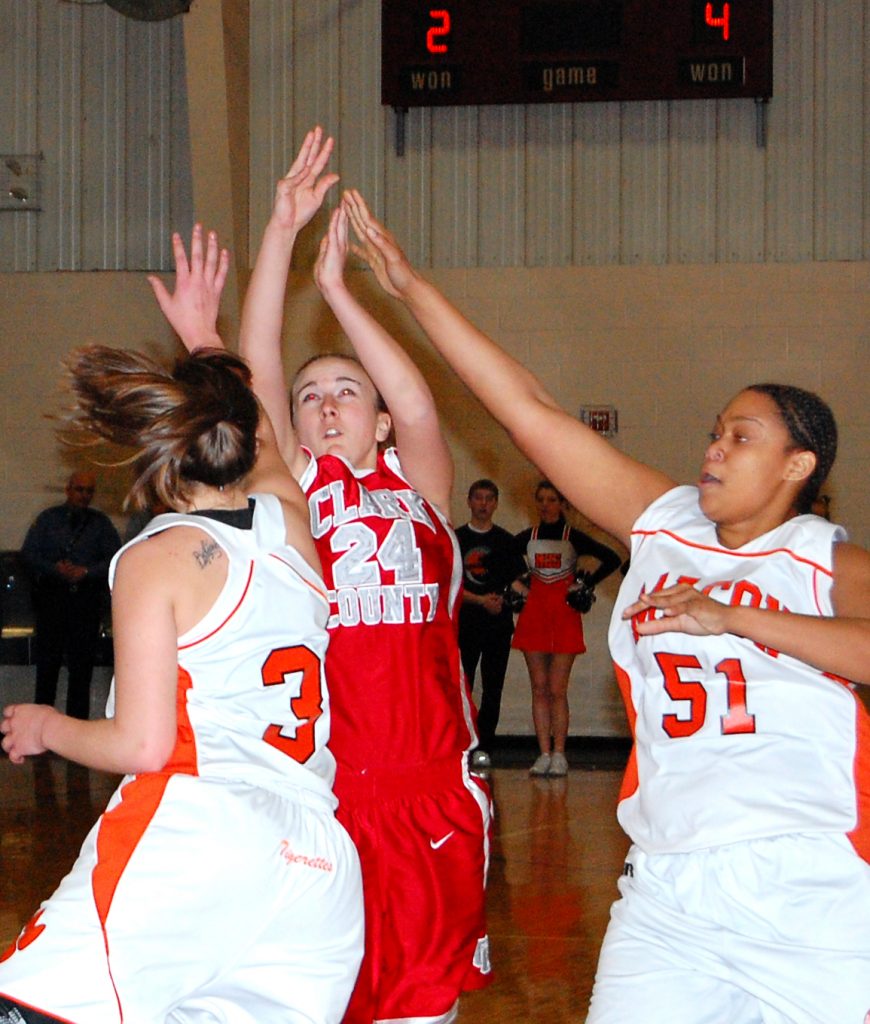 When the Clark County Lady Indians advanced to the Class 3
District 7 semifinals with a 52-43 win over Schuyler County, they knew their
next opponent would be tough.  The Macon
Lady Tigers have been unstoppable all year long, and are ranked number 2 in the
state.  Macon reached the semifinals
after a big come-from-behind at half win over Brookfield.

In Wednesday’s matchup, Macon jumped out to an 11-0 lead
over the Lady Indians, capitalizing on turnovers and three point shooting.  The Lady Tigers scored 22 points in the
quarter, while holding Clark County to only six.  Cady Flood had four, and Megan Brennan had two, by the Lady
Indians trailed 24-6 after one quarter.

Clark County cut the Tiger lead to 9, trailing 28-19 late in
the second quarter before Macon made another scoring run.  At the half, Macon led 36-19.

The Lady Indians scored first in the second half, but the
Lady Tigers continued to expand their lead.
Clark County scored 10 in the third, but only five in the final quarter
as Macon took the win 64-34.