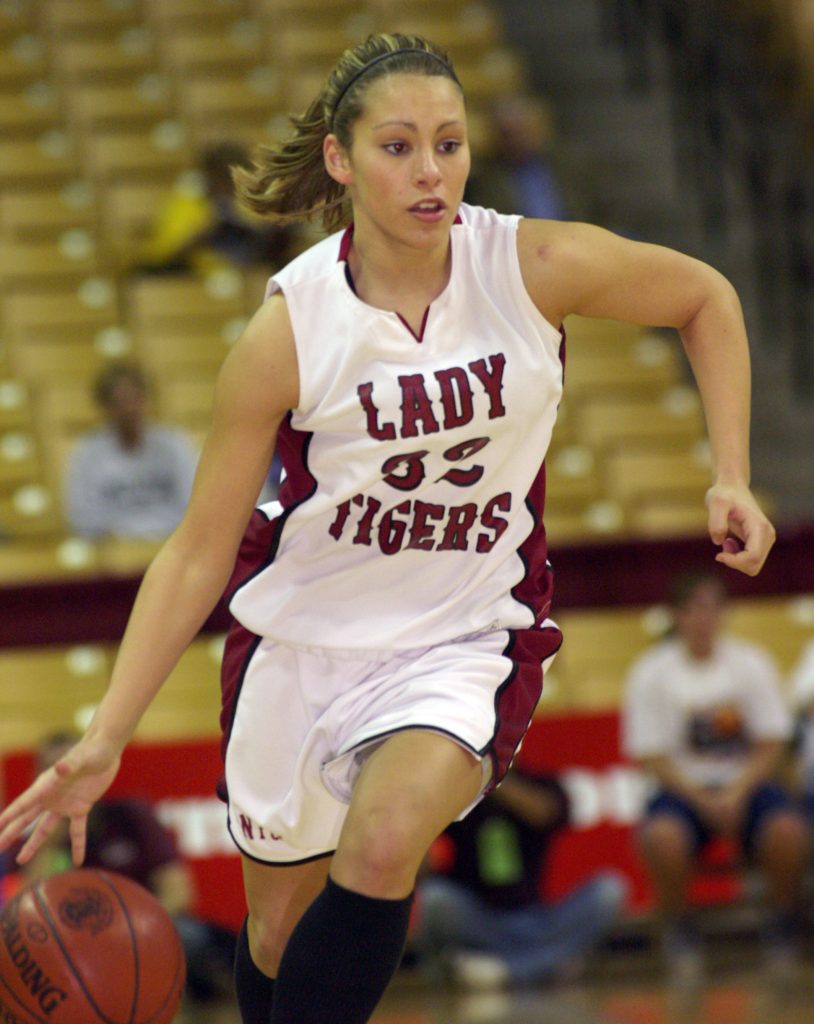 Canton jumped out to a ten point lead in March 19, 2009 Class 2
girls’ semi final play at Columbia. The Lady Tigers (29-2) appeared headed to
an easy win when New Franklin (28-3) roared back with a 13-4 second half run,
cutting the Canton lead to 28-21 with two minutes remaining in the third
quarter.

The Lady Bulldogs pulled within six points when Katie Chitwood
drilled a three pointer and followed with a New Franklin free throw with 4:20
remaining in the fourth quarter. New Franklin could get no closer.

The Lady Tigers led 10-2 after one quarter and 24-8 at intermission.
New Franklin pressured the basketball, creating a more even game. Tori Niemann
drove the lane and scored with 4:05 showing on the fourth quarter clock.

The Canton hoop paused another Bulldog threat. Jessie Logsdon
stole the basketball and completed a back breaking three point play with 2:12
showing on the game clock for a 41-30 Tiger lead.

Kelsea McClellan tossed in a New Franklin three at the two
minute mark for a 41-33 edge. Lindsey Lillard recorded another key Canton
steal, and pulled down an offensive rebound of a missed free throw around the
1:40 mark of the fourth quarter.