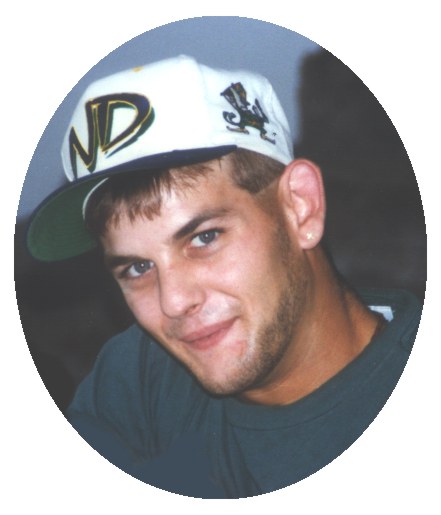 He married Wendy Ash and they were the parents of Jayvin and Ashlyn. He later
married

Survivors include his wife, Nichole, of Kahoka; his mother, Jeannie Ray of
Luray; grand-

He was preceded in death by his father on June 21, 2008; his grandparents,
James and Neva Adamson; and two uncles, Roy and Jerry Ray.

Rusty was a 1991 graduate of Revere High School. He was baptized as a youth
in the Luray Baptist Church and later became a member of the Wyaconda Christian
Church.

Rusty had been employed at Sommers and Sons Sawmill until becoming disabled
in September of 2007. He loved hunting, fishing, looking for arrowheads,
collecting swords and antique coca cola products, and was an avid history buff.
He loved spending time with his children and his dogs, Duke and Honey Bunny.

Funeral services were held Thursday, March 19, 2009, at 2 p.m. at Wilson
Funeral Home in Kahoka with Pastor Shawn McAfee and Rev. Debra Letcher
officiating. Special music was recordings “I Was There” and “Blue Eyes Crying in
the Rain”. Additional music “Precious Memories” was recorded by Luray School
children.

Memorials were suggested to the Rusty Ray Family.