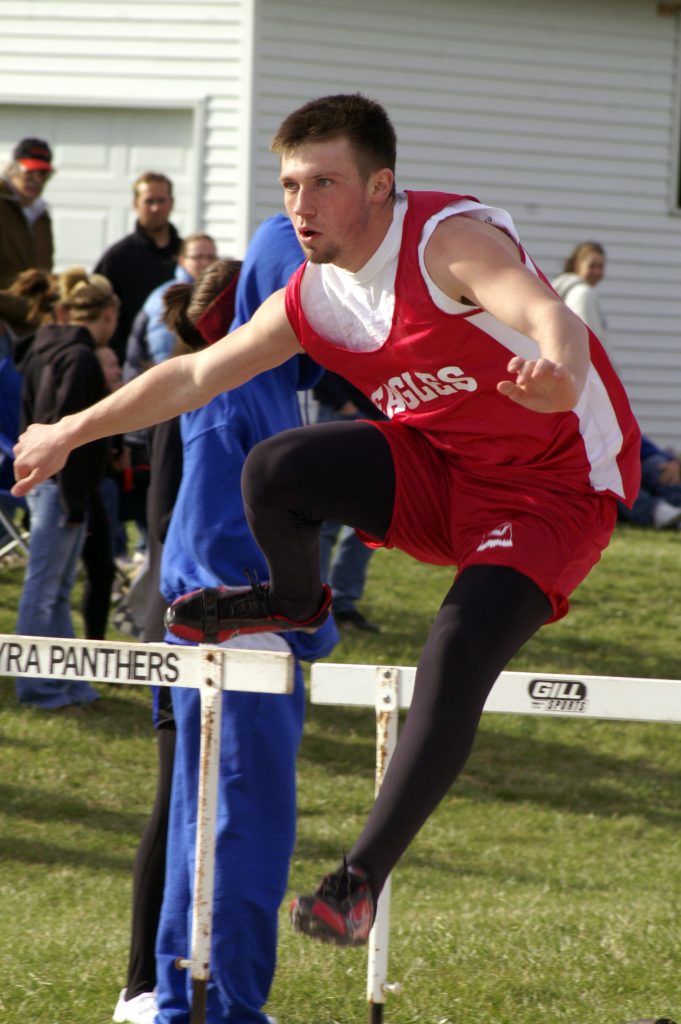 The non-medal practice meet was held in cool, windy conditions.
All times and distances would be considered wind aided, or impeded. The jumping
events were a test of strength, and ability to play the wind.

“We knew we were coming in as one of the smaller schools,” said
KCHS coach John Weaver. “We came over here to get some good competition. For
not being on the track a lot (due to weather) I thought our kids came out
worked hard and competed really well.”

Javis Vineyard won the boys’ 100m dash for Clark County in 11.48
seconds. Mitchel Pegg was second in 12.08 seconds. Matt Morrow was third for
Clark County at 12.20 seconds. Dyllon Howard was fourth for Highland in 12.22
seconds. Cody Pegg was sixth for Knox County in 12.59 seconds.

Dyllon Howard took the boys’ 400m dash in 55.96 seconds. Ethan
Horton and Grody Small were next for Clark County. David Hinkle was a
respectable fourth in 58.35 seconds.

Levi Miles took the boys’ 300m hurdles for Palmyra in 44.07 seconds.
Brady James was fifth for Knox County at 48.50 seconds.

Chevie Wiseman won the girls’ triple jump for Highland at 31’9”.
Katie Ausmus placed fifth for Knox County at 28’9”. Katie Ausmus was third for
the Lady Eagles in the girls’ long jump at 12’6”. Kristen Hamilton won the long
jump for Mark Twain at 14’10”.