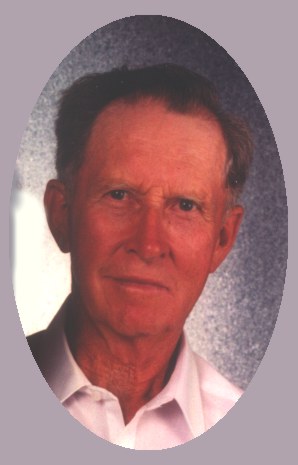 Vernon graduated from Kahoka High School in 1946. On June 14, 1952, he was
united in marriage to Darlene Bash at the Shrine of St. Patrick. To this union
were born two sons, Daryl and Brian.

Survivors include his wife, Darlene, of Kahoka; their children, Daryl Schmid
of Kahoka and Brian Schmid of Hannibal; two granddaughters, Shiloh Schmid of
Burlington and Shannon Schmid of Columbia, who were his pride and joy; three
sisters, Marie Walker of Kahoka, Opal Moore of Covington, TX, and Mary Shores
of Quincy, IL; also three nieces and a nephew.

He was preceded in death by his parents; a sister, Anna Rose Roberts; three
brothers-in-law: Lawrence Walker, Charles Moore, and Aaron Roberts; and a
nephew, Matt Moore.

Vernon was a devoted member of St. Michael’s Catholic Church. He farmed most
of his life and enjoyed his cows. He was extremely proud of his children and
grandchildren.

A Mass of Christian Burial was held Monday, April 13, 2009, at 10 a.m. at
St. Michael’s Catholic Church with Rev. Paul M. Hartley officiant. Mrs. Julie
Kirchner was organist. Special selection was “Be Not Afraid”.

Visitation was held after noon on Sunday, April 12, 2009, at Wilson Funeral
Home with The Rosary beginning at 6 p.m. followed by family receiving friends
until 8 p.m.

Memorials in lieu of flowers were suggested to the American Cancer Society
or the Kahoka Cemetery.