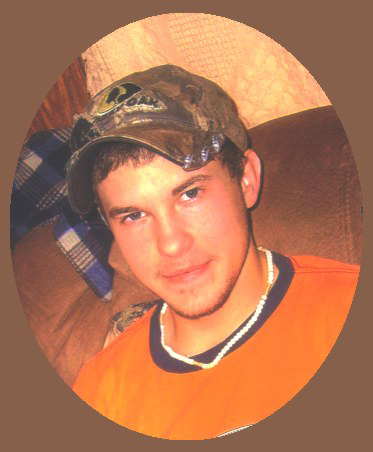 He was born Feburary 12, 1989 at the University of Missouri Hospital in
Columbia, MO, the son of R. C. and Glee Howell Duckworth. He and his family
lived in Macon, MO until 1993 when they moved to Clark County, south of
Kahoka.

He was preceded in death by his grandparents and two brothers in infancy,
Troy Scott Duckworth and Terry Shawn Duckworth.

Ethan graduated from Clark County R-1 High School in the class of 2007. In
high school, he was active in band and F.F.A. He had also been a member of Jakes
and of the Indian Creek Muzzle Loaders.. He was a student at Linn State
Technical College in Linn, MO, and would have graduated on May 8, 2009, with a
degree in Aviation Maintenance. He was President of the Aviation Club at Linn
State and last year was Vice-President.

He was baptized with his father at the First Baptist Church in Kahoka by Rev.
Gary Payne and was active in the youth group, R.A.’s and Mimes. He later
attended the Church of the Nazarene in Keokuk and was involved in their youth
activities until entering college. Recently, he had attended the Wyaconda
Baptist Church.

Ethan had worked at the Farm and Home in Keokuk for the past four years. He
really enjoyed his life in rural Clark County, fishing, hunting deer and turkey,
and shooting guns. He always had a fascination with airplanes and had been
flying since the age of 14. At college, he had recently taken up golf and was
learning to play the guitar. He was full of life, a little ornery, and had a lot
of respect for others. He was a wonderful uncle to his nephews and nieces and
loved to spend time with them.

A funeral service celebrating his life will be held Wednesday, April 29,
2009, at 10:30 a.m. at Wilson Funeral Home in Kahoka with Rev. Gary Payne
officiating. Burial will follow in the Kahoka Cemetery.

Friends can call at Wilson Funeral Home after 9 a.m. Tuesday with family
receiving friends from 6-8 p.m. Memorials are suggested to the Aviation Dept. in
Ethan’s name at Linn Tech State College to be used to activities.